Cortney Franklin, associate professor in the Department of Criminal Justice and Criminology at Sam Houston State University, has been appointed director of the Crime Victims’ Institute at SHSU, a research center that studies the impact of crime on victims and society and makes policy recommendations to the Texas Legislature and advocacy groups. The effective date is Sept. 1.

Franklin has served as assistant director of CVI since 2006 and edited two series on human trafficking and campus sexual assault for the institute. In 2016, Franklin was awarded an Office on Violence Against Women federal grant for $393,000 to evaluate the Houston Police Department’s mandatory sexual and family violence training. 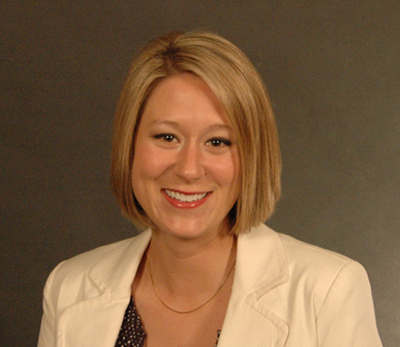 “The Crime Victims’ Institute’s work on producing high quality research regarding victimization is of considerable importance, as findings can inform service providers and criminal justice system personnel on trauma-informed and victim-centered approaches to addressing victimization,” Franklin said. “Our work advances the science of victimology and puts these findings in the hands of the professionals that regularly interface with victims so they can make a difference.”

Created and funded by the Texas Legislature since 1995, CVI’s mission is to conduct research to examine the impact of crime on victims of all ages, to improve services for victims, provide a voice for victims, and inform policy-making at the state and local levels. This year, the institute plans to publish research on several prominent issues, including campus sexual assault, intimate partner violence among sexual minorities, victimization across the lifespan, and findings from a campus climate survey on student attitudes toward safety.

Franklin also plans to continue her partnership with the Texas Victim Services Association and other advocacy groups across the state. The Crime Victims’ Institute will sponsor victim awareness activities at SHSU, including The Clothesline Project acknowledging victims of domestic violence in Texas and Sexual Assault Awareness Month events on campus and in the community.

Franklin joined the College in 2008 after earning her Ph.D. in criminal justice from Washington State University. Her research specializes in victimology and, specifically, violence against women, campus sexual assault, intimate partner violence, and perceptions of sex trafficking.

Her work also concentrates on gender and justice issues and police responses to crime victims. She has published over 30 scholarly articles and book chapters on victimization-related topics. This research has recently appeared in “Psychology of Women Quarterly,” “Journal of Interpersonal Violence,” “Violence Against Women,” and “Journal of School Violence.”

Franklin is a member of the Academy of Criminal Justice Sciences and the American Society of Criminology. She was awarded the inaugural New Scholar Award in Victimology for the Victimology Section of ACJS in 2012-2013 and was recently the recipient of the Graduate Mentoring Award by the Office of Graduate Studies SHSU for 2015-2016.

At CVI, Franklin hopes to continue to provide a voice for victims in the criminal justice system.