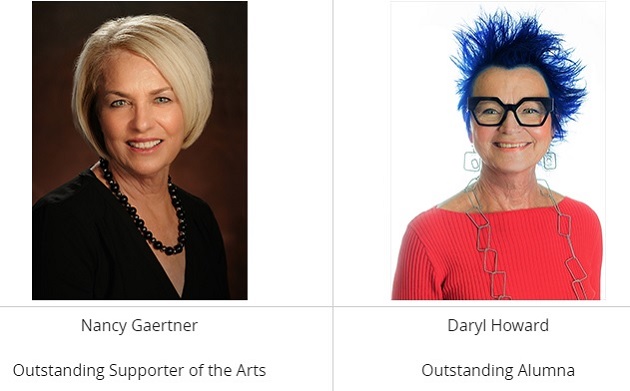 The Sam Houston State University Department of Art will host their annual gala on Nov. 9 at 6 p.m. in the James and Nancy Gaertner Performing Arts Center.

Described as “celebrating art and community” each year, the event honors selected individuals for their exceptional work. This year, the gala will recognize Nancy Gaertner for her outstanding contributions to arts in the community and Daryl Howard as an outstanding alumna.

Active in civic service, Gaertner is a member of numerous non-profit boards and volunteers for many organizations and causes. According to SHSU Department of Art chair, Michael Henderson, Gaertner was chosen because of the many ways she has positively influenced the Huntsville community and the university community through her tremendous support of the arts.

“Ms. Gaertner serves as President of the Friends of the Wynne board which supports programming at the Wynne Home Arts Center,” Henderson said. “She also served on the committee that developed the proposal and application that resulted in downtown Huntsville being designated as one of Texas' first official cultural districts. The Gaertner Performing Arts Center was named in honor of her and her husband Dr. James Gaertner for their contributions to the arts at SHSU.”

Recognized as an outstanding alumna, Howard received her BFA from SHSU in 1970, then studied art in Japan where she learned traditional techniques. By the time she left Japan, Howard was well on her way to perfecting the painstaking demands of carving and printing. She then received her MFA in 1976 from the University of Texas.

“Ms. Howard is being honored for her work as an artist working in the traditional Japanese method of woodblock printmaking,” Henderson said.  “Her large woodblock prints have been included in exhibitions throughout the U.S. and her work is a part of numerous permanent collections.” 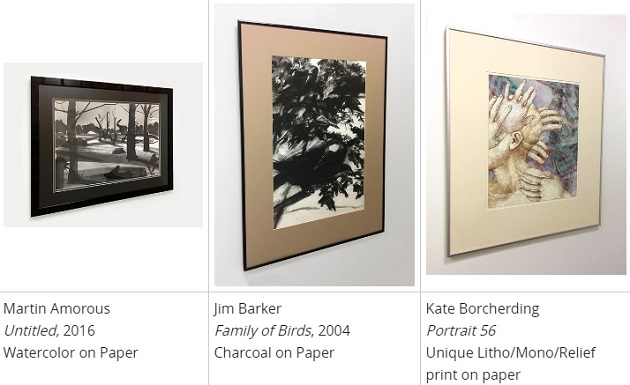 As part of the fundraising initiative, the evening will also include an opportunity for guests to bid on unique silent auction items. According to Henderson, the silent auction will feature framed works by faculty and former faculty in the Department of Art.

“Works included are a signed poster designed by Charles Pebworth in 1975, a charcoal drawing by Jim Barker, a watercolor by Martin Amorous and an etching by Kate Borcherding,” Henderson said.

A gouache painting by Henderson will also be a part of the auction as well as a gift basket donated by HEB. Funds raised in the silent auction will benefit the Distinguished Art Faculty Endowment Scholarship. The silent auction will close at the conclusion of the gala. Items can currently be viewed online at https://www.shsu.edu/academics/art/events/gala.html .

Funds raised by the gala through donations and sponsorships benefit Friends of Art - supporting many Department of Art scholarships.

Tickets are $50 and are available online at shsu.edu/artgala or by calling 936.294.1315. Sponsorship levels of support are also available.