SHSU To 'Ignite The Night' With Sexual Assault Awareness Events

The issue of sexual assault on college campuses has become a crucial talking point in America as more and more incidences have begun making headlines across the nation.

The National Sexual Violence Resource Center reports that anywhere from 20 to 25 percent of women have been victims of completed or attempted rape while in college, while one in 16 men are sexually assaulted while in college. 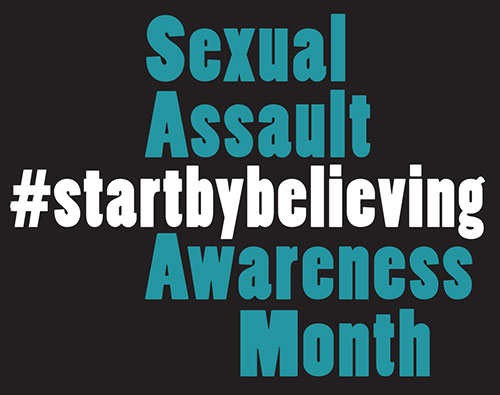 To shed light on the impact sexual assault on the Bearkat community, the Global Center for Journalism and Democracy at Sam Houston State University will spearhead the outreach efforts of more than 20 campus and area groups for Sexual Assault Awareness Month in April.

Kicking off the month in March, Walker County and Huntsville officials officially recognized April as Sexual Assault Awareness Month in the county and city during two proclamation ceremonies.

“It was important for us to involve the community, and various entities on campus so that we can have the most impact. This is a problem we must strive to conquer together,” said Kelli Arena, executive director of GCJD. “Our community partners play a vital role for some of our students. We’ll be collecting donations for them throughout the month and expect a lot of student involvement.”

On April 5, when the GCJD and campus and community partners will “ignite the night” at the annual rally that supports the survivors of sexual assault and domestic violence.

“Ignite the Night” will begin at 5:15 p.m. at the Gaertner Performing Arts Center Concert Hall and will include free food, as well as a musical performance by the Austin-based Rattletree, comedy from the nationally known CoMeTry, and dance performances by NobleMotion.

Representatives from the Montgomery County Women’s Shelter and Huntsville’s SAAFE House will give talks before glow sticks will be provided to attendees, who will join to march across Huntsville to the Walker County Courthouse, where a proclamation will be read that declares April Sexual Assault Awareness Month in the county.

“Ignite the Night” also will kick off the #StartByBeliving campaign that the University Police Department is adopting for the month.

“‘Start By Believing’ stems from the idea that the first person someone who has been sexuality assaulted goes to has to believe them and react positively for the rest of the journey to be positive,” Arena said.

Statistics such as the NSVRC’s report that less than 5 percent of college women report attempted or completed rapes to law enforcement but that two-thirds will tell another person (usually a friend, not family or school officials), highlight the importance of the #StartByBelieving campaign, according to Arena.

Following “Ignite the Night,” the “Not a Number” talent show on April 6, at 6 p.m. in the Lowman Student Center Theater, the proceeds from which will benefit the SAAFE House, will include a speaker from the SHSU Counseling Center and a variety of entertainment.

Students wanting to participate in the talent show should attend one of the three screenings on March 16-18, from 5-7:30 pm in LSC 309. For more information about this event, contact Georgi McNease by e-mail at gam024@shsu.edu.

Other activities include the second annual Alpha Chi Omega Flag Football Tournament on April 10; “Walk a Mile in Her Shoes,” during which male participants wear high heels, on April 19, meeting at 3:30 p.m. in the LSC Theater (students can register here); and Campus Denim Day on April 27, more information for which can be found at denimdayinfo.org/about.

Throughout the month of March, the GCJD will have tables set up in the LSC Mall Area with more details and registration information on upcoming events. Students will also pass out free T-shirts and teal ribbons during various events.