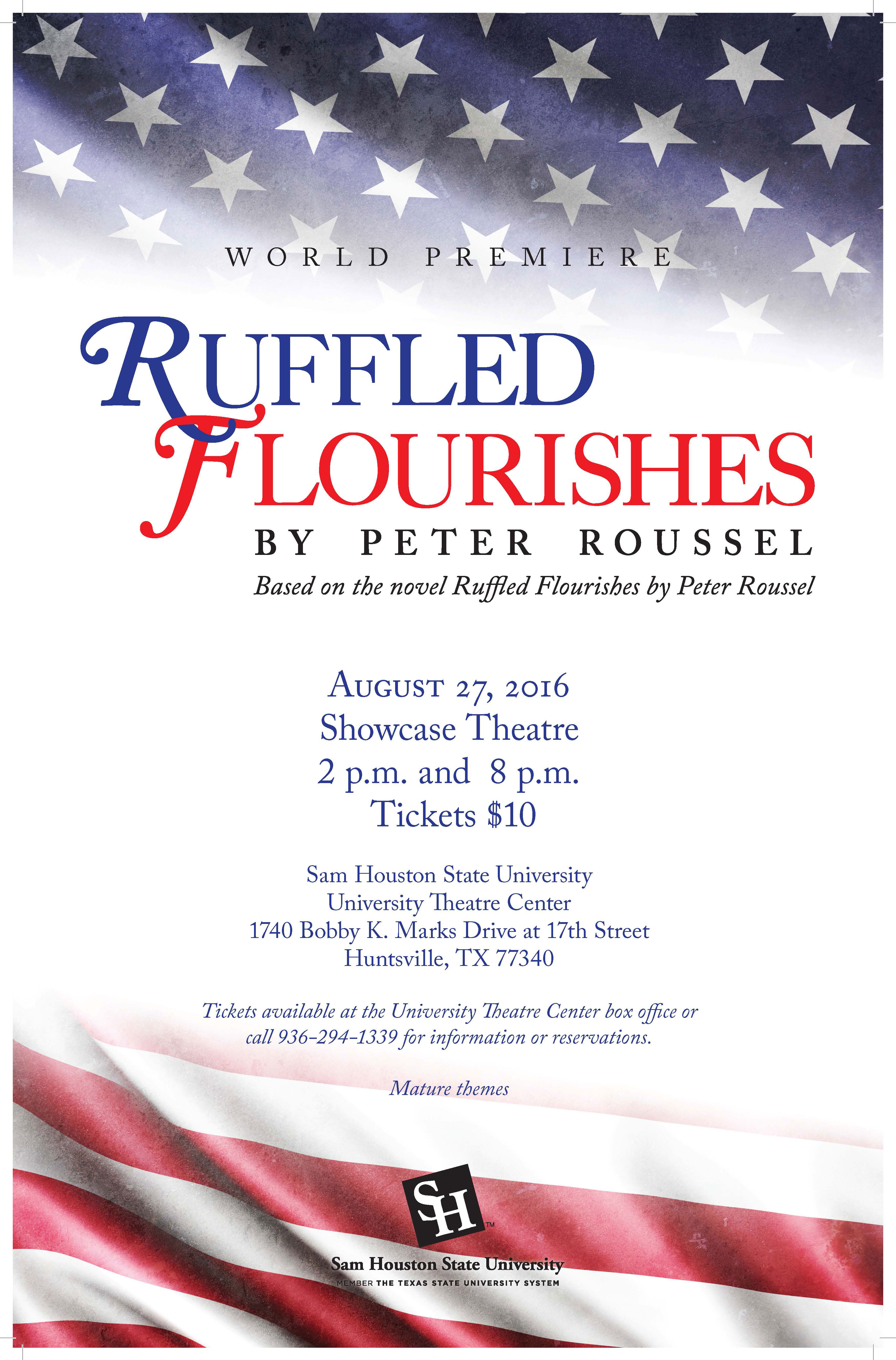 The title “playwright” may seem an unlikely label for someone who has spent much of their professional career in the White House, government and media-related worlds, but considering the drama and, sometimes unexpected, humor that can unfold in those settings, it may not be much of a stretch.

Adapted from the seriocomic novel of the same title, the play, “Ruffled Flourishes,” draws from author Peter Roussel’s experiences as a press spokesman and seeks to illuminate the seriousness of the press-presidency process, as well as the moments of mirth he encountered along the way.

Debuting as a world premiere at Sam Houston State University, “Ruffled Flourishes” will be presented during two performances only on Aug. 27 in the University Theatre Center’s Showcase Theatre. Show times are at 2 p.m. and 8 p.m.

The satirical play centers on the fictional character Sox St. Louis, who serves as deputy press secretary to the president. Constantly besieged by the media, he is confronted by challenges from reporters that send him scrambling to effectively serve as a presidential spokesman.

"In the course of work as a spokesman and exchanges with the media, I sometimes found I was at the intersection of where substance and satire can meet, often unexpectedly," Roussel said.  "That and the struggle to maintain a semblance of personal life in the midst of these pressures form the foundation for this play."

Today, Roussel is based at SHSU, where he fulfills the Philip G. Warner Endowed Chair in the Department of Mass Communication.

His family's background has been in theatre/journalism; his father, Hubert Roussel, was theatre/music/film critic and columnist for the Houston Post from 1933-66, and his mother and sister were actresses.

From 1981-87 Roussel served in the White House under President Ronald Reagan as special assistant and deputy press secretary. Prior to that time, he was press secretary to President George H.W. Bush when Bush served as U.S. congressman and U.S. ambassador to the United Nations.

Roussel’s first tour of duty in the White House, from 1974-76, was as staff assistant to President Gerald R. Ford.