Concert To Play On Aggression, Absurdity Of Presidential Campaigns

Presidential candidates have been peppering the news for months with buzz-worthy rhetoric and colorful quotes. 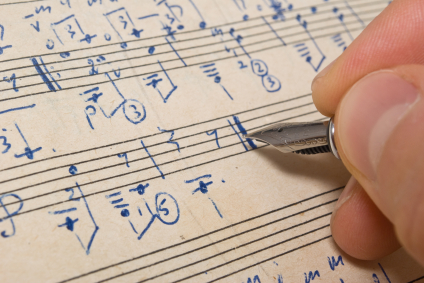 While some of the words candidates have spoken may go down in infamy in the political arena, they have also provided inspiration in the musical sphere.

The recital will feature an original piece called “What About the Rest of Us?” based on intriguing quotes from current presidential candidates and composed by SHSU’s student composer organization Ars Perpetua.

“The students composed their musical setting in one afternoon session,” said professor of music theory and composition Brian Herrington.  “This can be somewhat nerve-wracking, but it also encourages great spontaneity and dramatic flair.  It leaves them almost no choice but to follow the advice of poet Allen Ginsberg: first thought, best thought.  In the end, they created amazingly vivid pieces full of very intense aggression and almost absurd humor.”

The idea for “What About the Rest of Us?” stemmed from a project the New Music Lab performed in 2014.

“We completed a highly successful and entertaining collaboration in which we set to music several short Twitter poems by SHSU creative writing students,” Herrington said.  “This time around, in my search for more short texts, I was drawn to colorful quotes made by current presidential candidates.”

Herrington selected over-the-top quotes ranging from the humorous and wacky to extremely angry.

“Dr. Kyle Kindred facilitated the student composers of Ars Perpetua in making musical settings for the quotes,” Herrington said.  “Several of the pieces utilized a technique called graphic notation, in which musical ideas are presented in unconventional shapes rather than traditional notation.”

According to Herrington, the music created by the students of Ars Perpetua consisted of about seven short pieces in an exciting but raw form.

“The New Music Lab students were tasked with interpreting the music, including the graphic notation used by several of the students,” Herrington said.  “This takes quick thinking, imagination and a certain lack of inhibition.”

The next task for the New Music Lab was to turn the individual pieces into one seamless composition.

“We created our own musical introduction using ‘My Country, ‘Tis of Thee’ in a fragmented, dream-like way,” Herrington said.  “The piece evolved into a very theatrical composition, with the musicians chanting protests and breaking out into applause.”

According to Herrington, the performance will entertain and spark audience contemplation.

“We hope that the audience will draw their own conclusions about the tone in contemporary politics,” he said.

The New Music Lab was founded in 2008 to explore contemporary and avant-garde music.  Students present new pieces by members of Ars Perpetua, the forum for SHSU student composers facilitated by Kindred.  The musicians of New Music Lab also improvise their own experimental music and collaborate with students and faculty in the art, creative writing and dance departments.

Admission to the performance is free, and seating will be available on a first-come first-served basis.