Professor To Read From Novel-In-Progress For Friday Forum 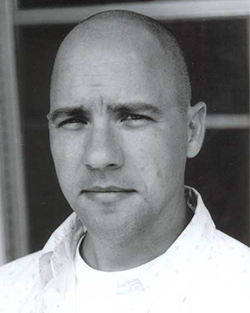 Scott Kaukonen, director of the English department’s Master of Fine Arts degree in creative writing, editing and publishing, will share excerpts from his novel-in-progress on April 17 for the Friday Faculty Forum.

The presentation will begin at 3 p.m. in Evans Building Room 212.

Kaukonen’s second novel, provisionally titled “Väinämöinen's Dream,” is based on a 19th-century work of epic poetry compiled by Elias Lönnrot of Finnish oral folklore and mythology called “The Kalevala.”

In Kaukonen’s novel, the heroes and heroines of the “Kalevala” are transported from a pre-modern time in Finland and Karelia to 20th-century North America.

The novel begins during the copper mine strikes along Michigan's Keweenaw Peninsula in 1913, against the backdrop of one of the most notorious incidents in American labor history, and ends in Afghanistan during the American war in the early 21st century.

It's a novel of labor strife and violence, radical ideologies and love, music and magic and obsession, but also a story about stories and identity and the movement of bodies and stories globally and in time, according to Kaukonen.

"When we tell stories—whether these are our own stories or the stories we've heard—we form mythologies, and we often sense that the mythologies that have been handed down to us are rooted in the human experiences of the every day,” Kaukonen said.

“In this project I re-imagine these characters—these gods, these mythic figures—as modern men and women who are trying to make their way in a world that is undergoing vast changes, socially, culturally, even technologically,” he said. “The novel then adapts the events of various runos (or songs) to a contemporary context, hopefully creating a novel that's both historical and mythical, realist and magical."

“The Kalevala” played a central role in the formation of Finnish national identity during the 19th and 20th centuries as a movement that ultimately led to Finnish independence from Russia in 1917. Lönnot's “Kalevala” consists of 50 runos, organized in several cycles that begin with a creation myth and end with the arrival of Christianity.

The “Kalevala” remains a key element of Finnish identity and an important piece of Finnish literature, Kaukonen said.

A fourth-generation Finnish-American, Kaukonen’s work as an associate professor of English has incorporated his Finnish roots in other projects, including as a co-translator—with Helena Halmari—of Finnish novelist Anja Snellman’s “Pet Shop Girls” and as associate editor of the Journal of Finnish Studies.

He also is the author of the short-story collection “Ordination,” which won the Ohio State University Prize for Short Fiction.