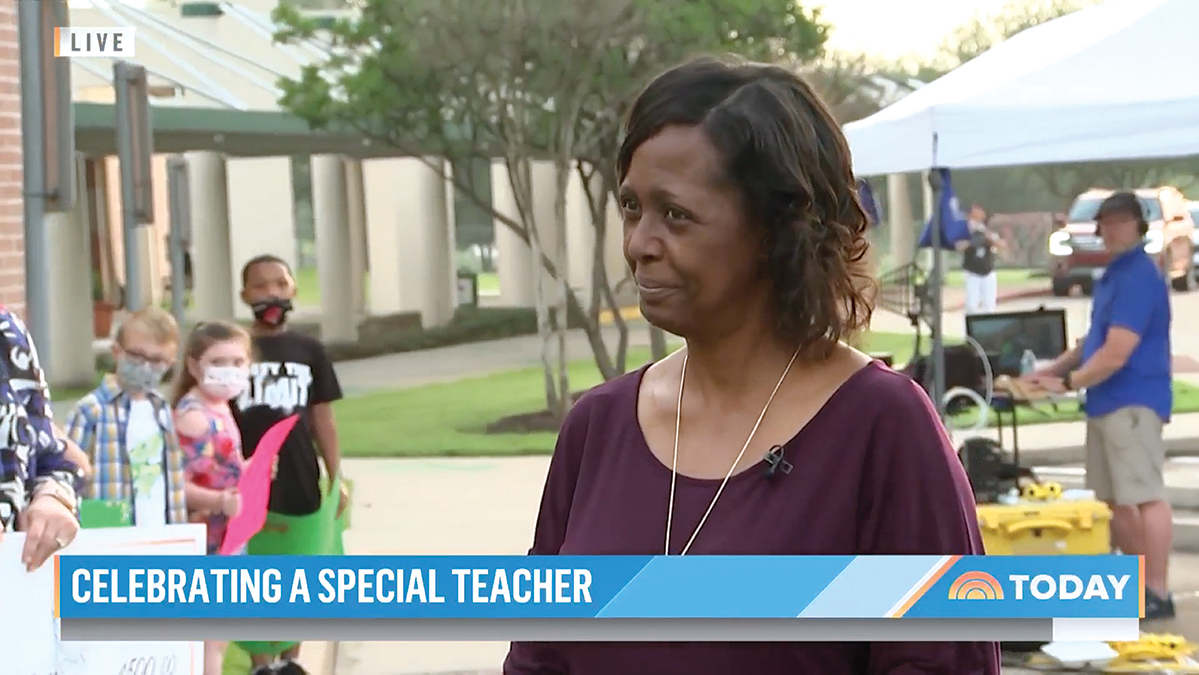 SHSU President Alisa White helped NBC’s TODAY show, along with reporter Jenna Bush Hager, honor a fellow Bearkat on National Teacher’s Day. Wanda Smith’s story of perseverance was featured on the television show, and White was there to share a surprise scholarship announcement from Brenham, Texas.

Inspired by Smith’s determination to become a teacher, Stacey Edmonson, dean of the College of Education, along with her team, created The Wanda Smith ‘Make a Difference’ Scholarship. The award will go to a first-generation Sam Houston State student, pursuing a career in teaching.

After pushing through college while working two jobs and raising a family, Smith crossed the commencement stage in 2010, and became a teacher at Brenham Elementary School, where she was once a custodian and bus monitor.

Edmonson believes Smith’s achievement in earning the degree and career she always wanted, has the power to truly ‘make a difference’ by motivating others.

“The new scholarship we have established in Wanda’s name will provide support to other Sam Houston State students following their passion to become a teacher,” Edmonson said. “I hope it encourages others with the same dream (at any point in their life) to finally take that step forward, just like Wanda did.”

← Champions for the Next Generation
My First-Gen Journey →