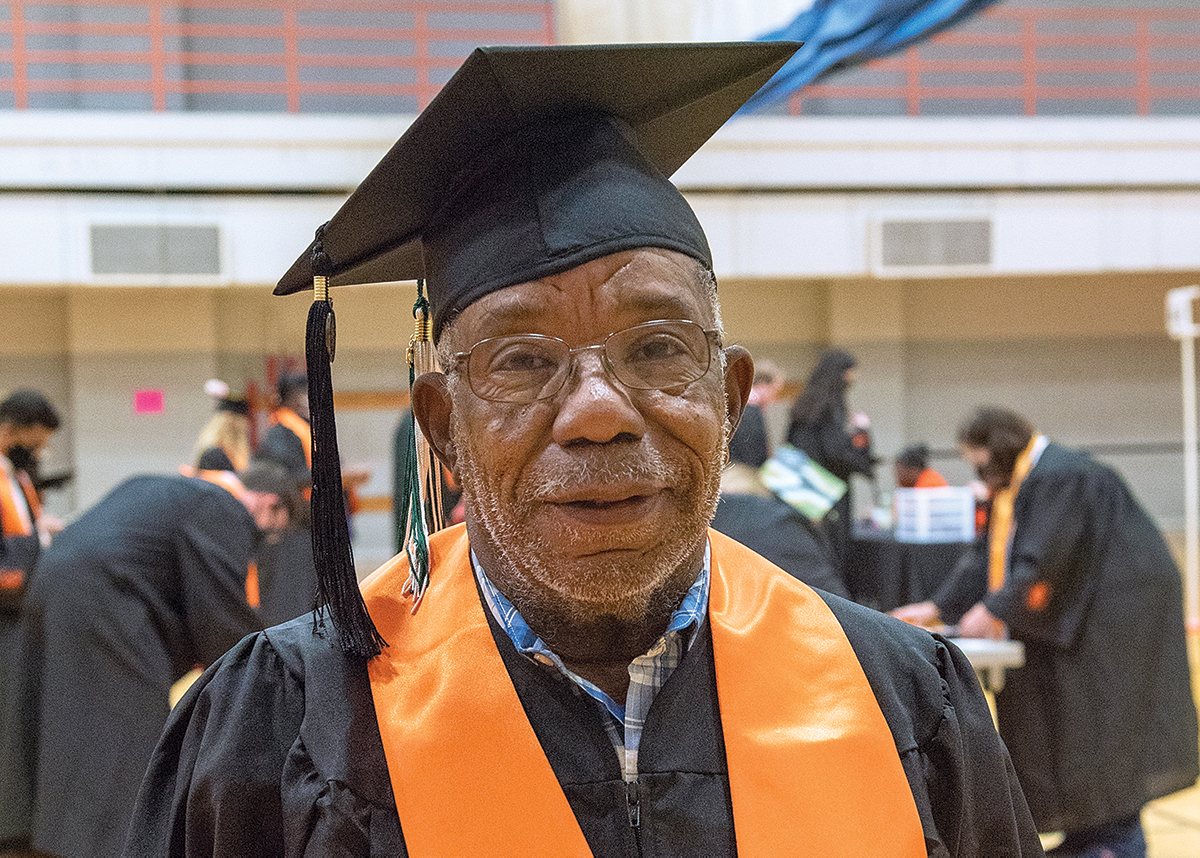 Age is just a number to 75-Year-Old Bearkat

Some people are driven to continuous learning at all stages of life—whether entering college for the first time, restarting in a new career or industry, or maybe even while celebrating a 75th birthday.

For James W. Floyd, the quest for new knowledge is represented by the many career fields he has explored throughout his life and his commitment to life-long learning. The United States Navy veteran has experience in marketing, law, aviation, trucking, and real estate. Yet, with his broad experience and years of professional accomplishment, Floyd, at 75-years-old, has reached another milestone: earning a physics degree from Sam Houston State University.

In 1964, at the age of 18, Floyd followed his father’s path by enlisting in the Navy. While on deployment, he took college correspondence courses and discovered applications of physics and mathematics in his work as a radar operator. After returning to civilian life, he began work in the physics program at Wright State University, but changed tracks to graduate with a marketing degree. 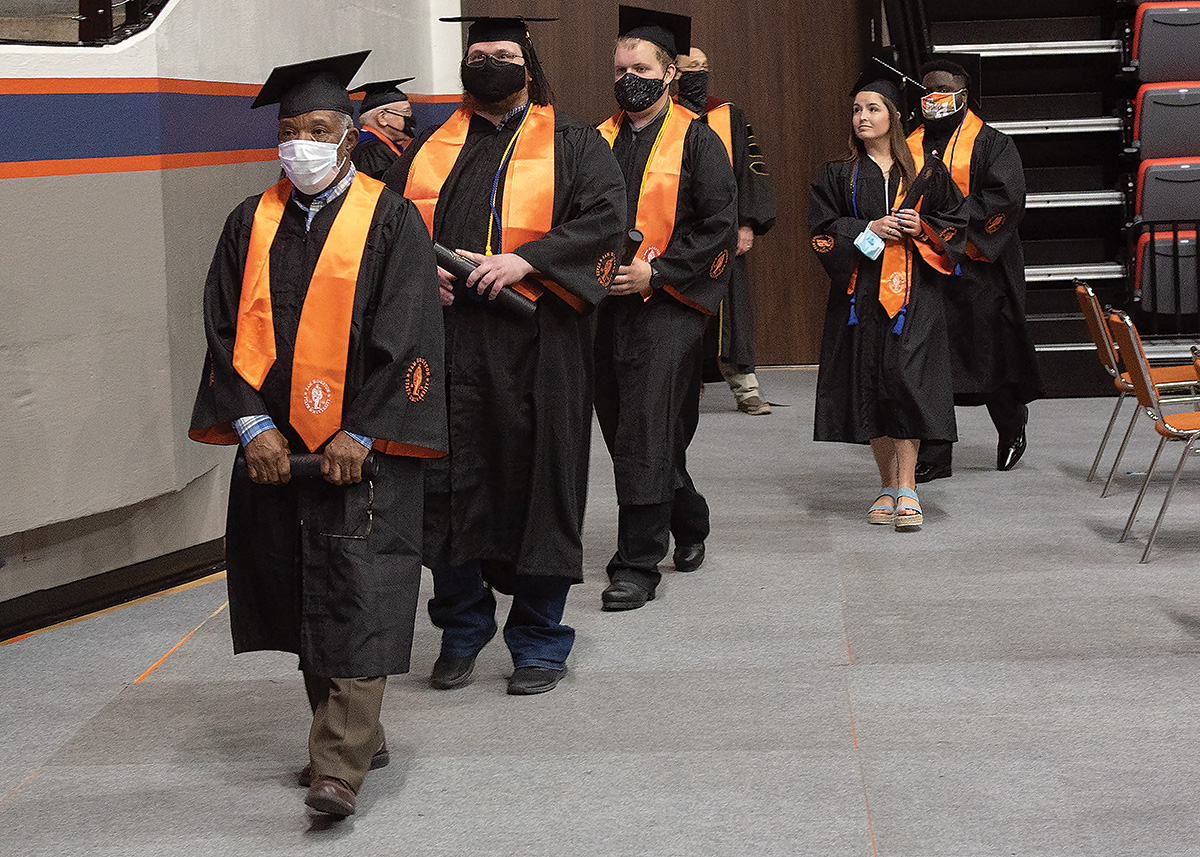 As the first in his family with a college degree, Floyd inspired his siblings, and eventually even his mother, to follow his lead in pursuing a college education.

Throughout the years, Floyd always held his physics textbooks close—even keeping them in the cabin of his 18-wheeler when he owned and managed a small trucking company. As time passed, his desire grew to return to his academic passion for physics.

“I had been planning forever to get my degree in physics,” Floyd said. “When I visited the Sam Houston campus, the chair of the Department of Physics and Astronomy, Dr. Joel Walker, took the time to sit down and meet with me. He said something that was one of the best things to ever happen to me. He asked, ‘why don’t you go back to school?’”

That was just the encouragement he needed to finally pursue a life-long dream.

“Mr. Floyd visited my office in the fall of 2016 and expressed interest in studying physics, a subject which had caught his attention as a small boy,” Walker said. “I invited him to audit an introductory physics and math course. He dedicated himself to this effort and excelled. In the following term, he registered for classes as a regular student. Since then, he has maintained a distinguished 3.4 grade point average and served as a laboratory teaching assistant.”

Although modern technology was a factor that concerned Floyd at first when starting a new degree at age 70, he quickly advanced from operating his “flip” phone to discovering applications of Java programming in physics. 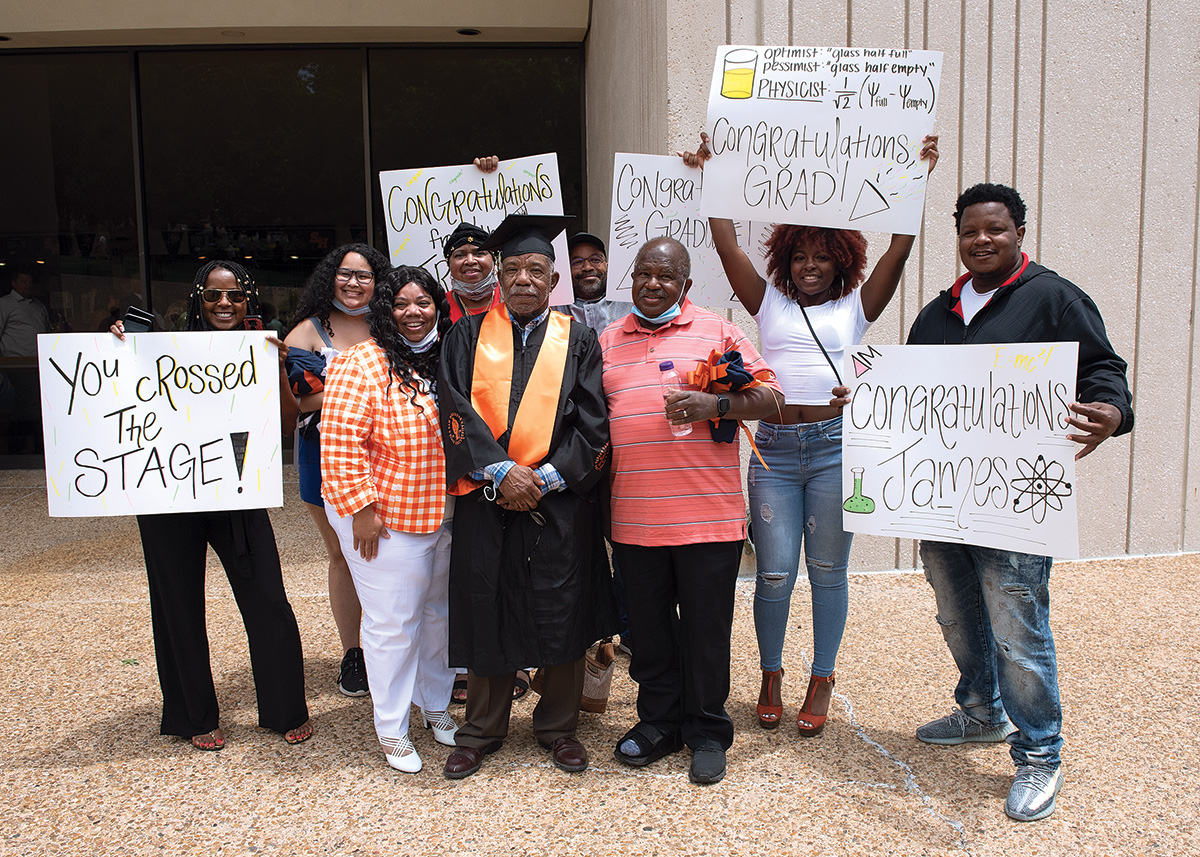 “Another challenge I expected was the fact that everybody was younger, and I wouldn’t fit in with the group, but the students here are amazing,” Floyd said. “I have always felt very comfortable. Maybe the students saw me as a kind-of older uncle or father figure, I don’t know, but I loved working with them. It has been one of the best experiences of my life right here on this campus.”

One issue Floyd never imagined during his college studies was the pandemic. With a cautionary pause in his studies during the 2020 health crisis, he was able to safely return to classes this spring semester (after being vaccinated) to complete his last two courses.

While Floyd’s first visit to SHSU was to introduce his grandson to the idea of attending college, his purpose on May 14 was to proudly join other graduating Bearkats in the College of Science & Engineering Technology as they crossed the commencement stage in cap and gown, celebrating their academic achievement.