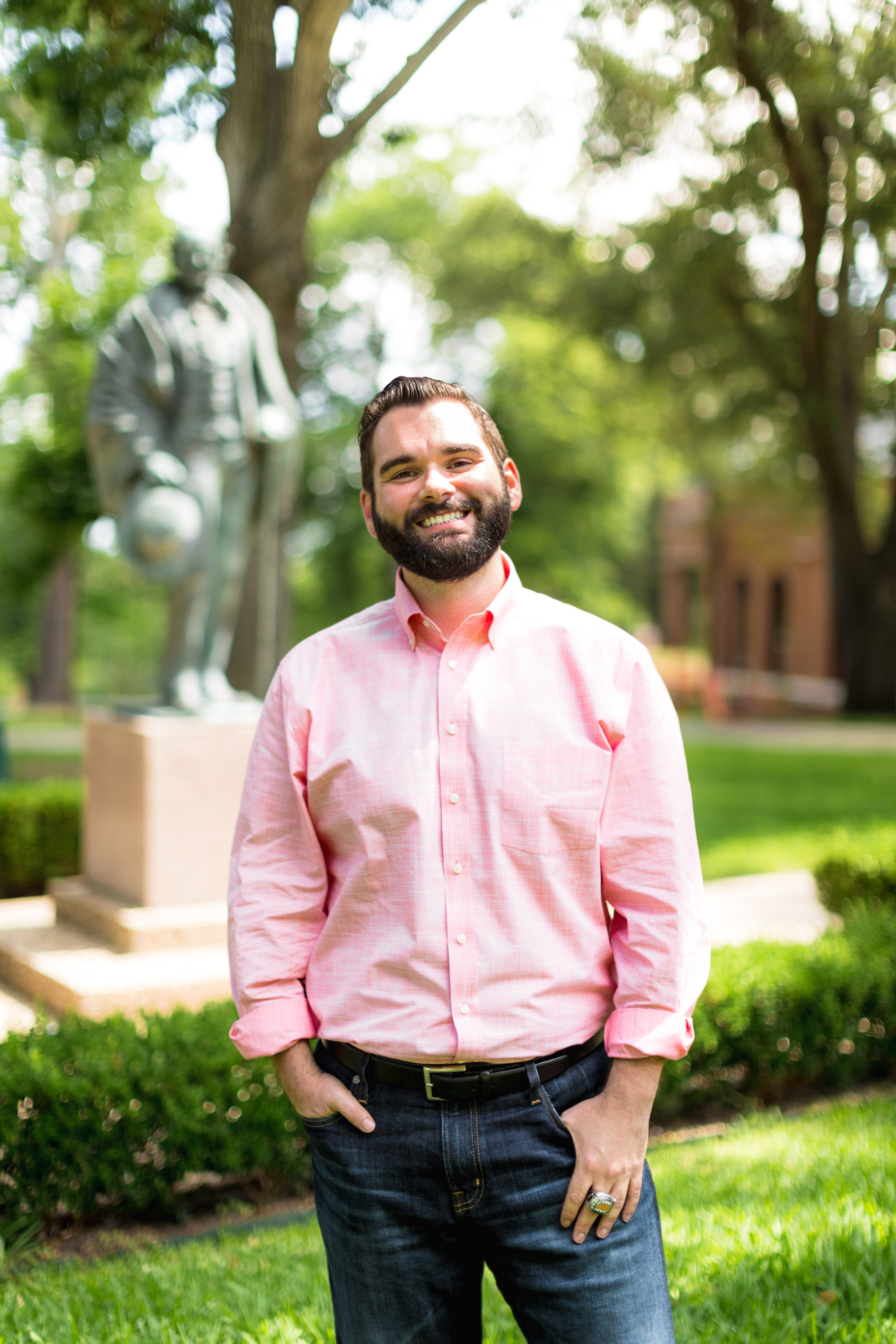 M.Brandon Cooper, Director for the Department of Student Activities is a native of Huntsville, Texas. He obtained his bachelor's degree in Journalism/Public Relations with minors in Mass Communication and French from Sam Houston State University in 2005. As Director, Brandon oversees policies, budget, collaborative programming, facilities management, personnel and strategic planning for the department. He is Co-Chair of the SHSU Ring Ceremony, a member of the SHSU Homecoming Committee, the Battle of the Piney Woods Committee, the University Special Events Committee, the Free Speech Committee and the Re-Imagining the First-Year Experience (RFY) Interdivisional Committee. He is a past member of the Board of Directors for the Huntsville/Walker County Chamber of Commerce, past executive board member of CASA of Walker & San Jacinto Counties and a member of the Huntsville Hospital Auxiliary. He is a member of Student Affairs Administrators in Higher Education (NASPA) and College Student Educators International (ACPA); and recently graduated from the 2016-17 SHSU Leadership Academy. Brandon received his Master's degree in Instructional Leadership with an emphasis in Higher Education Administration from SHSU in May of 2011. In his leisure time, Brandon enjoys spending time with friends and family as well as traveling. 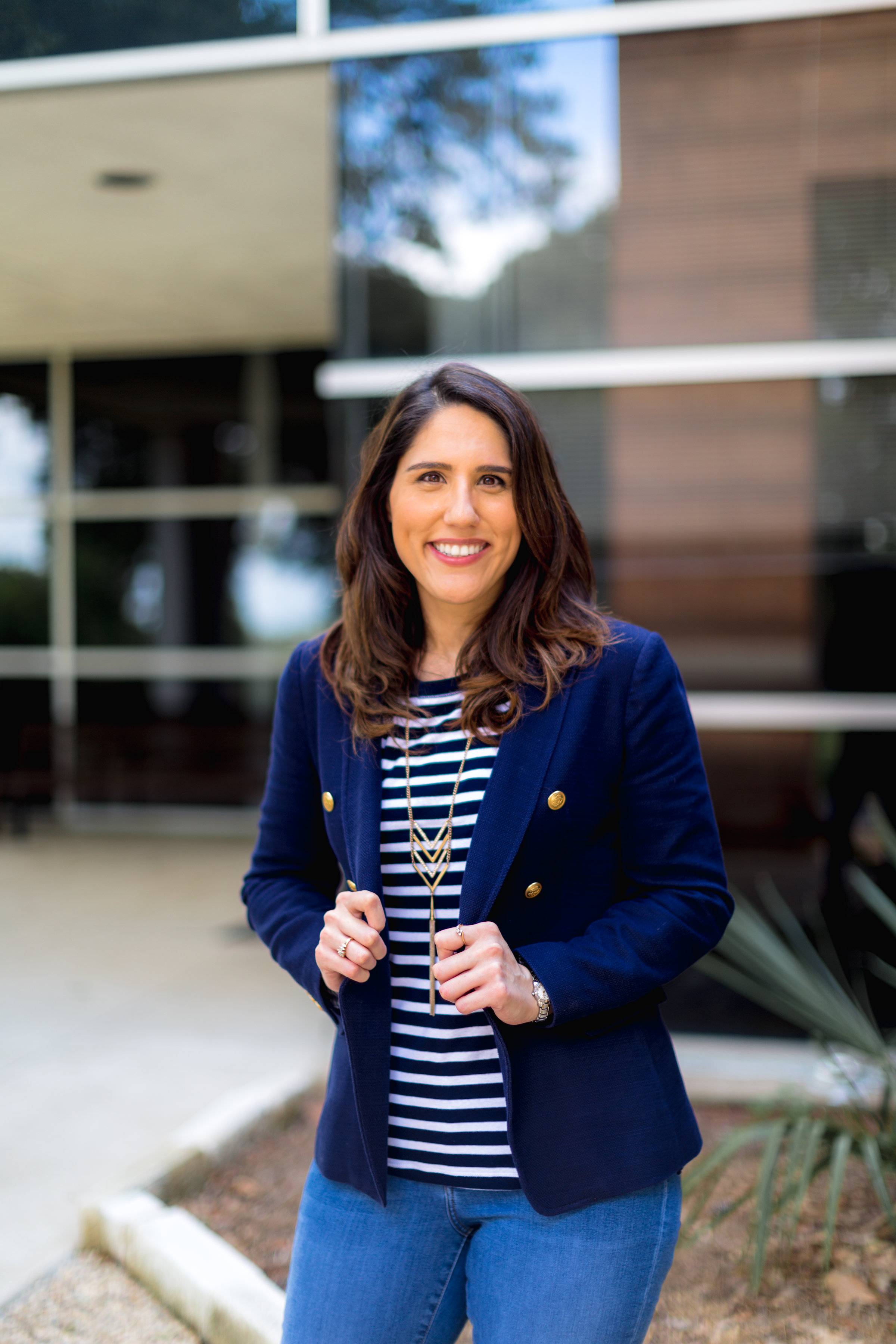 Rachel Valle, Assistant Director of Student Activities, oversees the Center for Diversity & Intercultural Affairs and the SHSU Program Council. She attended the University of Saint Thomas where she earned a bachelor’s degree in Political Science. Rachel received her master’s degree in Public Administration from Sam Houston State University in 2011 and is currently working on her Doctorate of Education in Educational Leadership. She enjoys learning about history and politics. 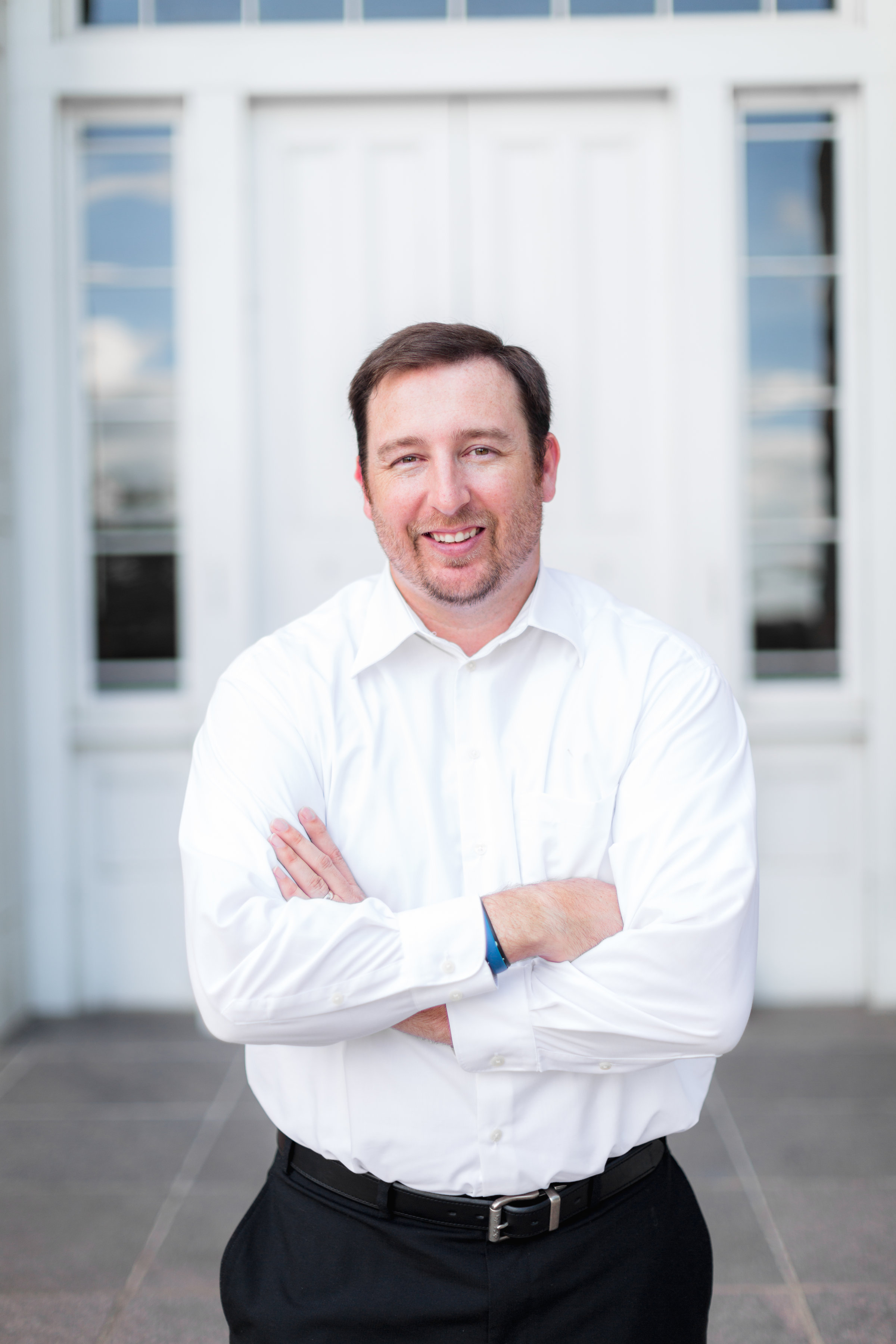 Brian McColpin serves as the Assistant Director for the Department of Student Activities. Prior to arriving at Sam Houston State University, McColpin was the Program Coordinator for Iowa Western Community College. McColpin is was a staff member for Universal Cheerleader's Association (UCA). He is a native of Wichita, Kansas and earned an associate’s degree from Coffeyville Community College. He transferred to Morehead State University and received a bachelor’s degree in University Studies with a minor in Women’s Studies in 2005. He is married to Melissa McColpin and they have three kids Stella, Sam, and Sawyer. 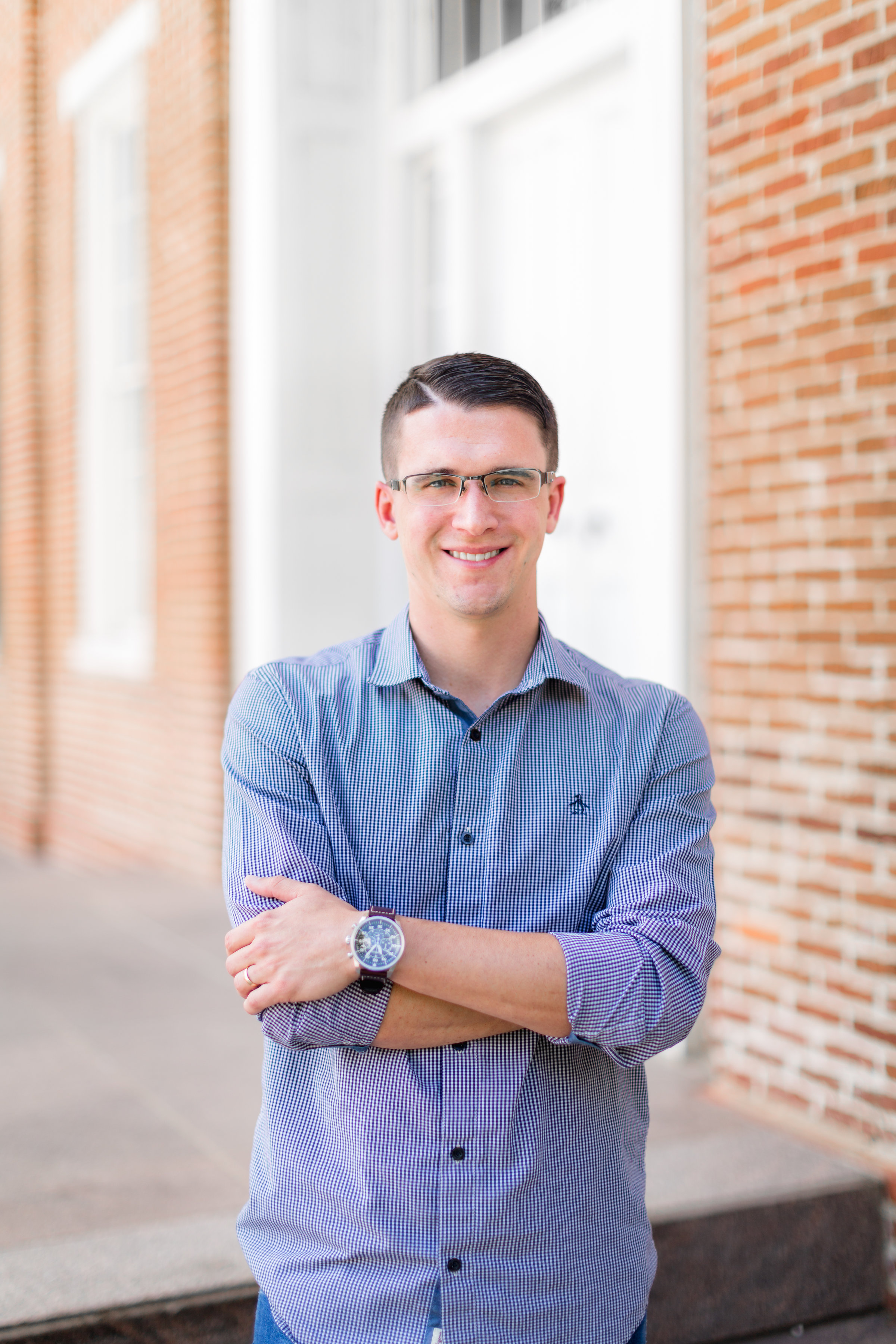 Steven Begnaud, Assistant Director of Student Activities, is originally from Houston, Texas. He received his bachelor’s degree in Criminal Justice in 2011 from SHSU. He currently oversees Traditions and Special Events, such as Sammypalooza, Welcome Week, Homecoming, Tree of Light, and more. Outside of work Steven enjoys watching football and MMA, playing with his dogs, and traveling. He is currently in the process of obtaining his M.Ed in Instructional Leadership with a focus in Higher Education Administration from SHSU. 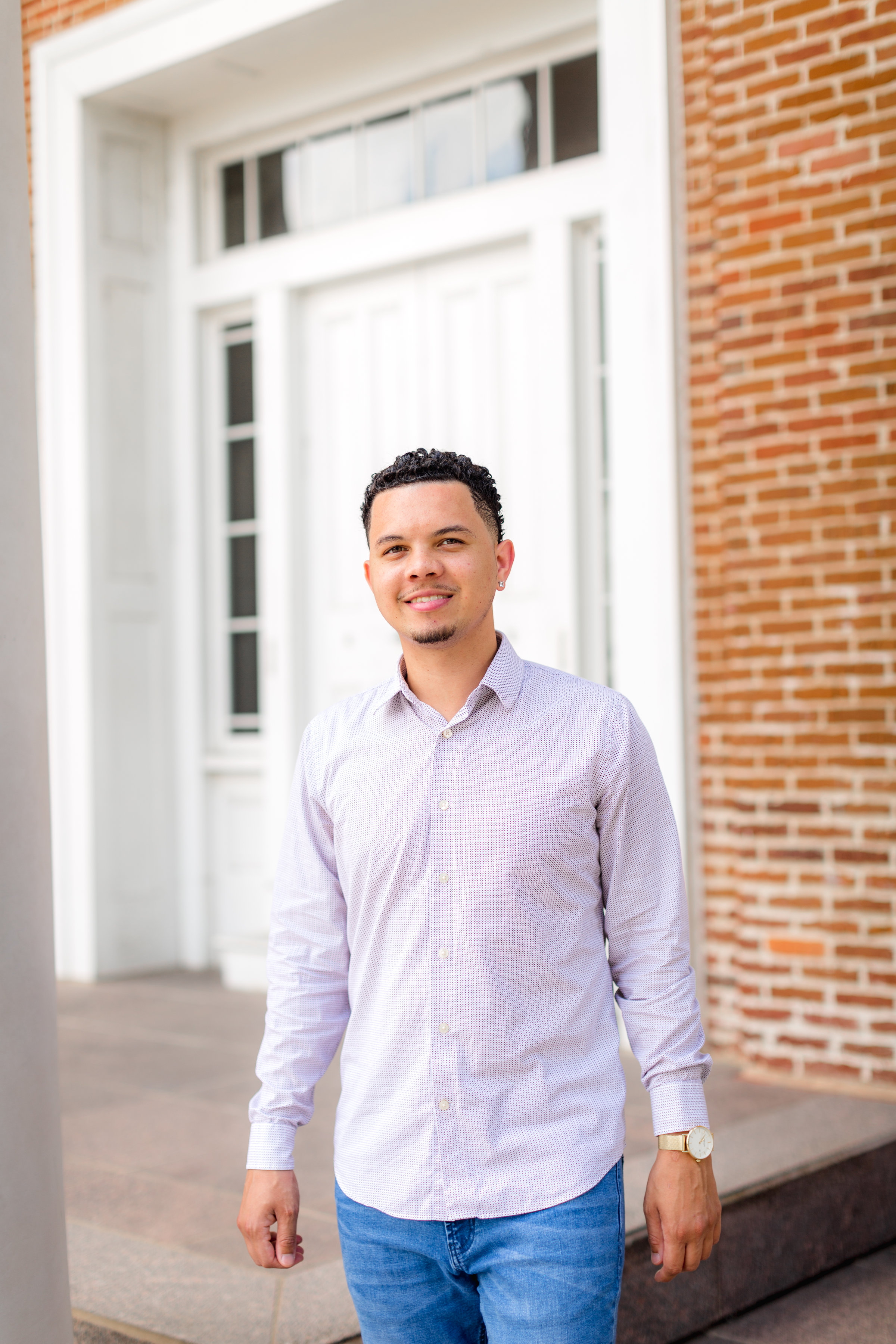 Assistant Director for the Center for Diversity & Intercultural Affairs

Jordan Chang is originally from Kingston, Jamaica. He received his bachelor's degree in Political Science in 2012 from Florida Atlantic University in Boca Raton, Florida. While in his undergraduate studies, Jordan's campus involvement in areas such as New Student Orientation, Multicultural Affairs, Student Involvement, and Greek Life made him more interested in Higher Education and specifically, Student Affairs. He earned his Masters of Education in Educational Leadership: Higher Education in December 2014 from FAU and is now a PROUD Bearkat! 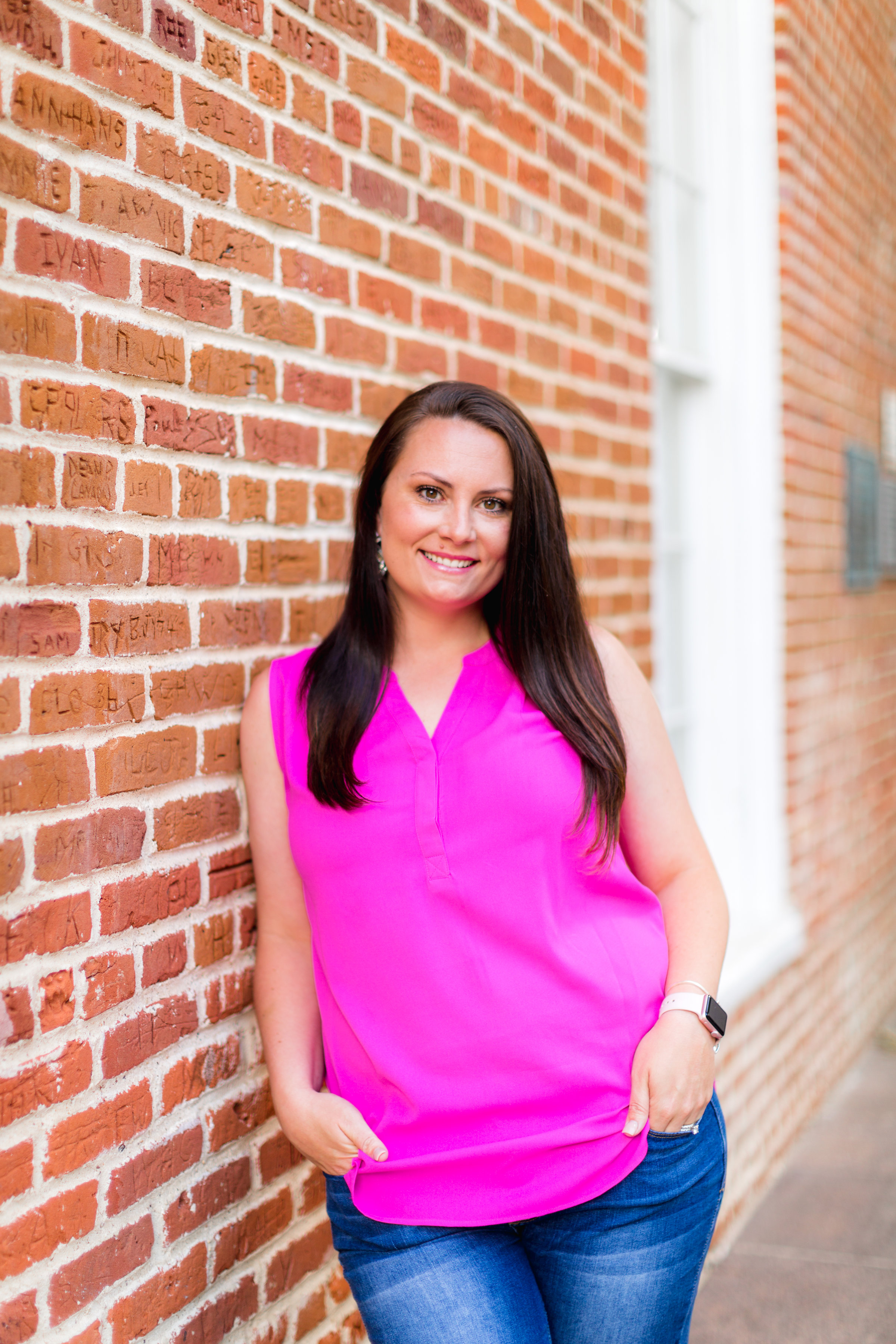 Sarah Garcia is a SHSU alumni where she was a member of the Orange Pride Dance team before taking over as coach in 2009. She has a Bachelors degree in Health Education. After Coaching at Sam Houston for 4 years bringing home 4 National Championship Titles, Sarah relocated to her hometown in Killeen, TX. Sarah is very excited to be back at SHSU and taking on more responsibility as the Spirit Programs Coach where she will work with all Spirit Teams including the Orange Pride Dance Team, Coed Cheer, All-Girl Cheer, and the Mascot Sammy the Bearkat!! Sarah is married to the love of her life, Joey Garcia and they are expecting their first child in November. 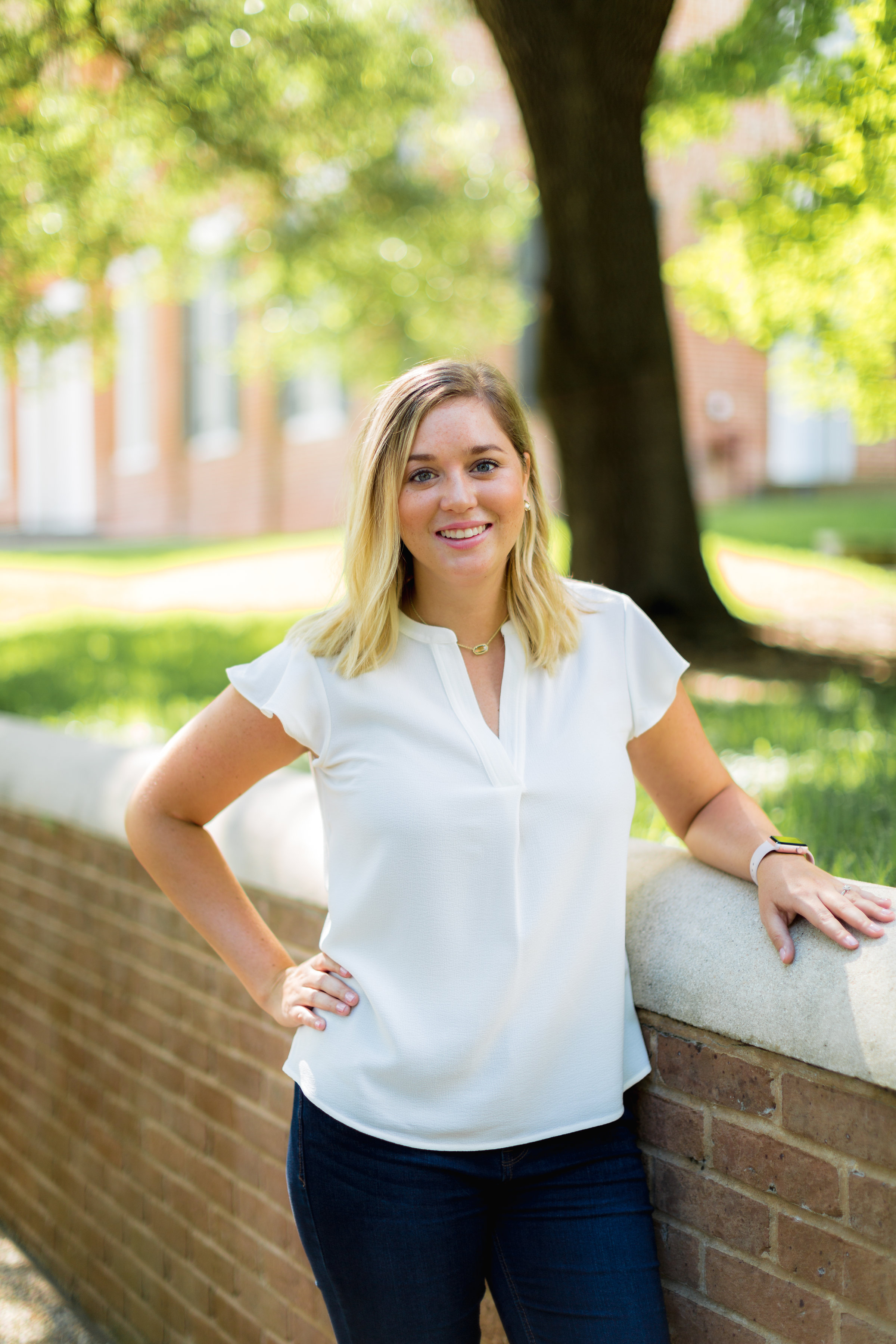 Kelly Patterson, Traditions & Special Events Program Coordinator, is originally from Pittsburgh, Pennsylvania. She earned a bachelor’s degree in Health and Physical Education from Slippery Rock University in 2013 and has teaching experience in Florida and Pennsylvania.  Kelly is a proud alumna of Sam Houston State University where she earned her master’s in Higher Education Administration in 2019.  She enjoys attending Bearkat athletic events and visiting family and friends back on the East coast. Kelly is married to a fellow Bearkat, Zack Patterson, and they have one daughter, Zoey. Eat Em Up Kats! 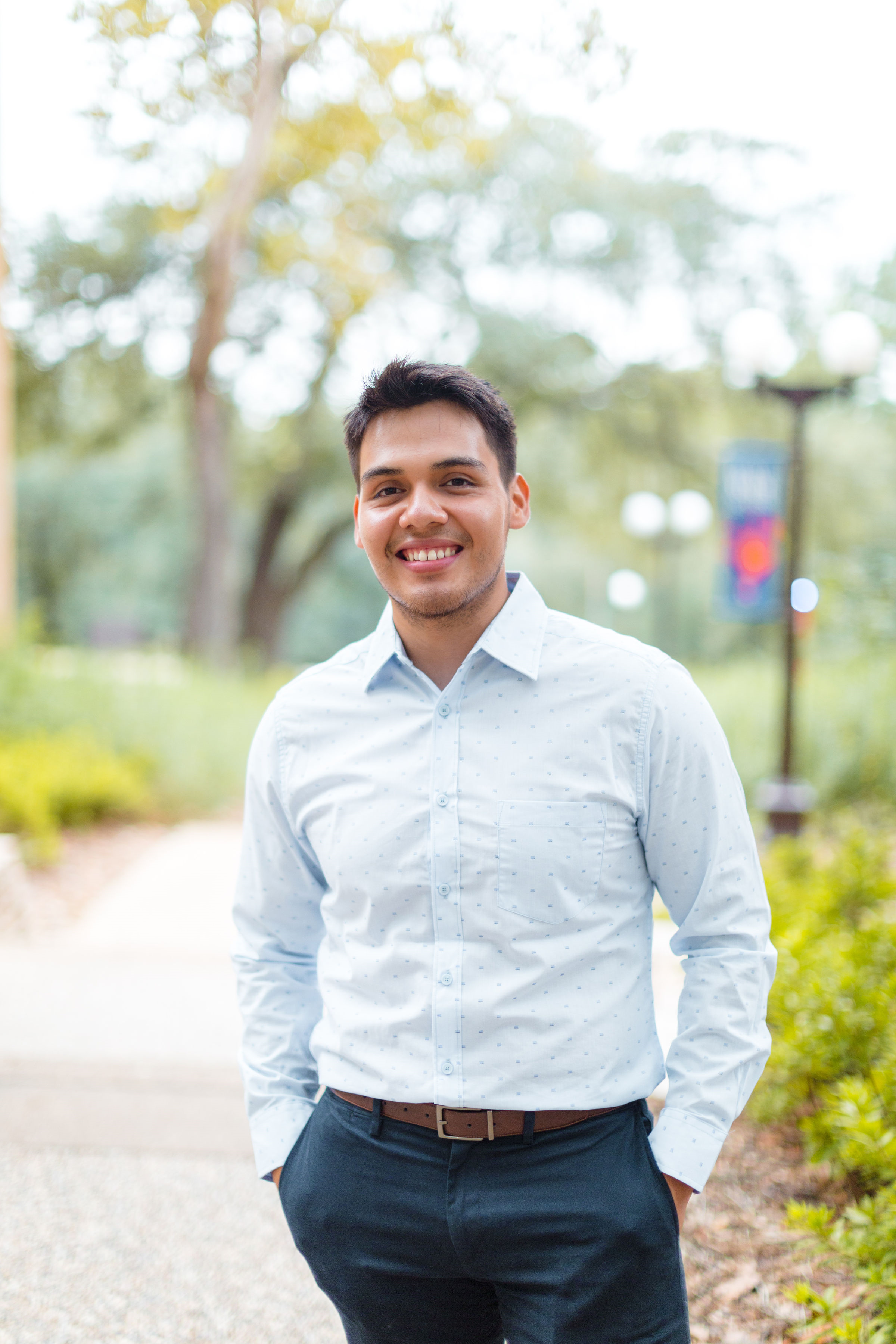 Coordinator of the Center for Diversity and Intercultural Affairs

Edwin Cantu, Coordinator of the Center for Diversity and Intercultural Affairs, is originally from Baytown, Texas. He received his bachelor’s degree in Entrepreneurship in 2018 from SHSU. He was a part of the SH ELITE Program and the Terry Scholars at Sam Houston during his undergraduate studies. Edwin is excited about being back on the Sam campus working with students. 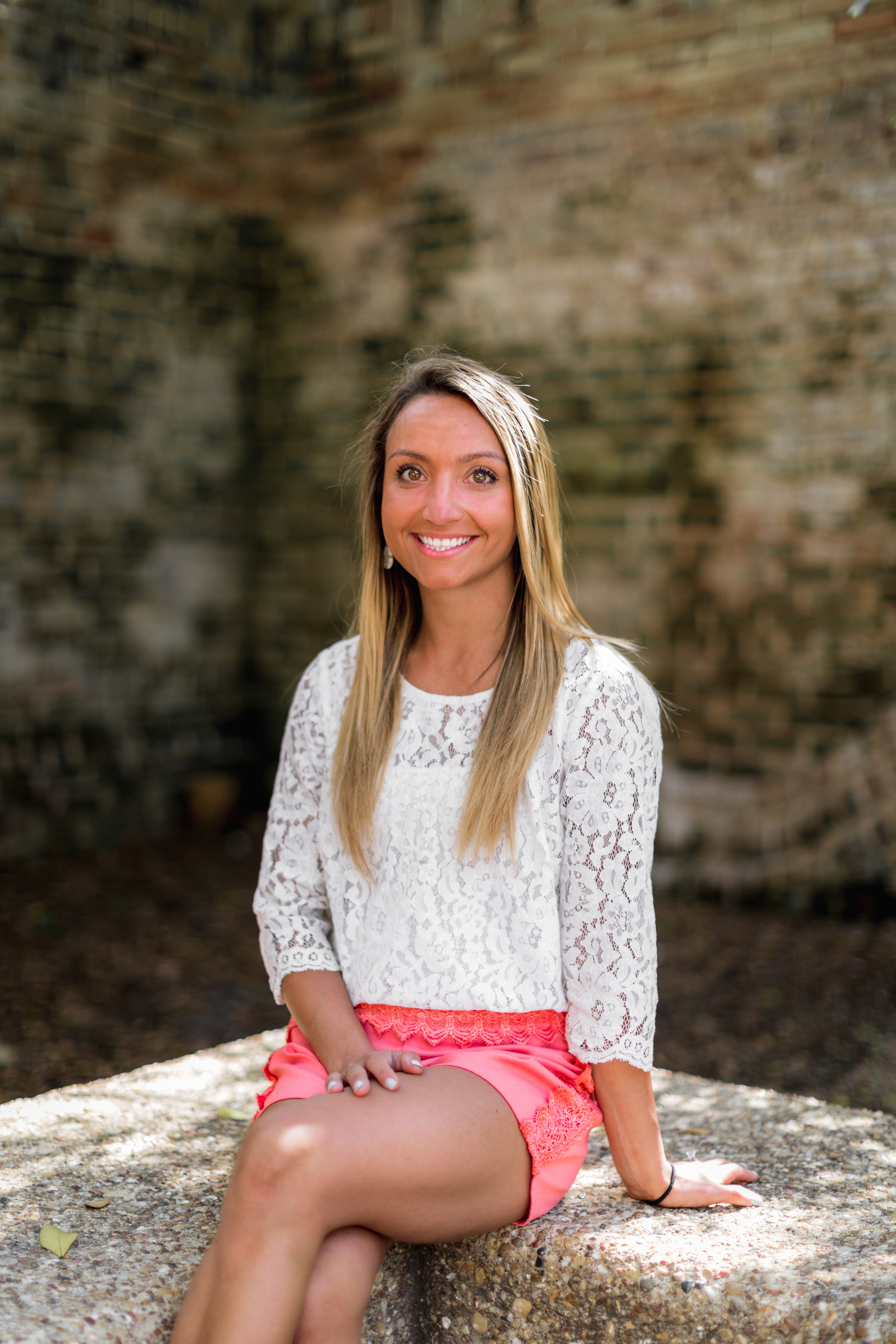 Meagan Balentine cheered at Sam Houston on the coed team for 3 years (2012-2015). She brought home two national championships and the first UCA partner stunt championship. She has been apart of UCA college staff and Varsity International where she's had the opportunity to coach and teach in 16 different countries. Meagan was apart of USA cheer on their coed team, bringing home a gold medal in 2016. Meagan is excited to be back at Sam Houston as the Assistant Spirit Coordinator. Outside of work, Meagan enjoys traveling and working out. 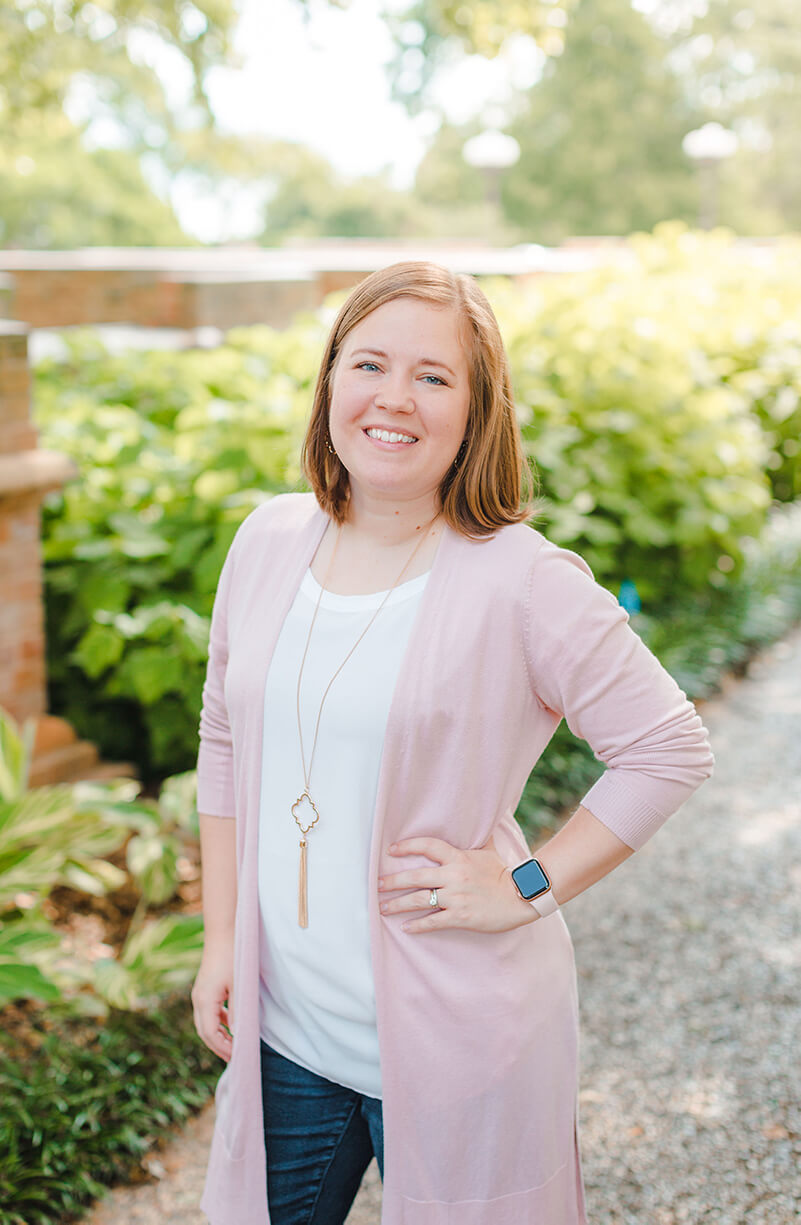 Kari Tilley, Administrative Coordinator for Student Activities, is originally from Livingston, TX. She attended Jacksonville College in Jacksonville, TX and hopes to finish her undergraduate degree in Accounting at Sam Houston. Prior to joining the Student Activities team, Kari held the positions of Clerk, Purchaser and most recently, Accountant, for the Texas Department of Criminal Justice. Outside of work, Kari enjoys reading, traveling and spending time with her husband, Steven Tilley, and their two children, Logan and Kate. 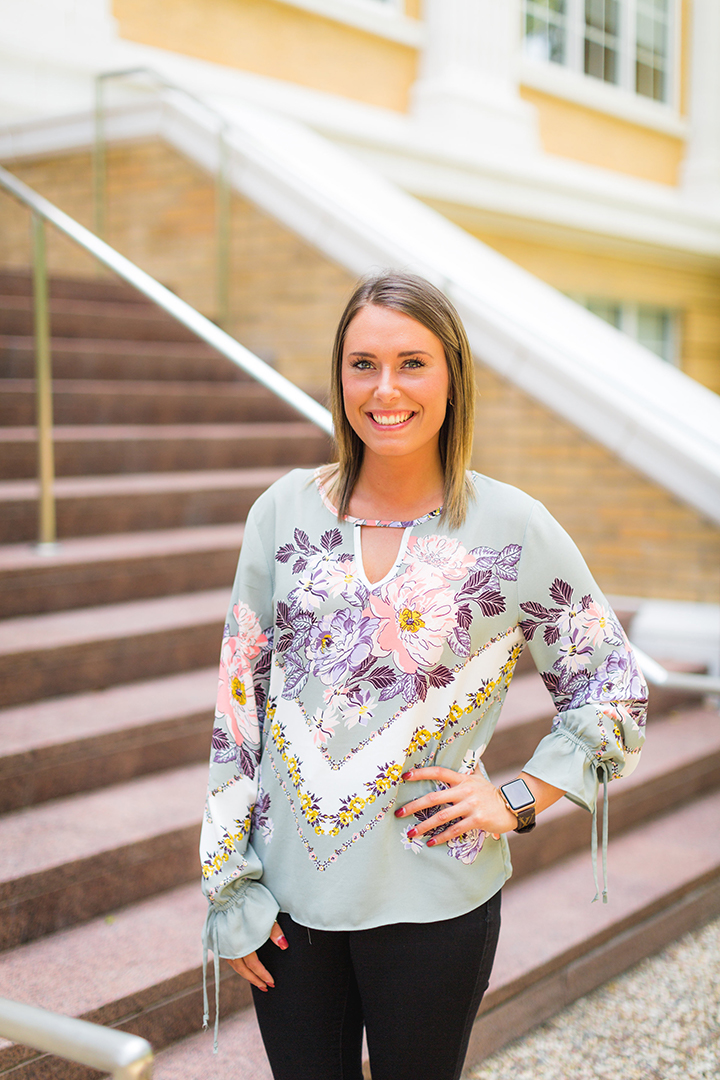 Breanna Provost, Administrative Assistant III for the Department of Student Activities, is originally from Onalaska, Texas. She graduated from Sam Houston State University with a Bachelor of Science in Agriculture. She hopes to obtain a master’s degree in Education in the future. Before joining the Student Activities team she held a student assistant position in Undergraduate Admissions here at SHSU and more recently managed the retail store, Barefoot Campus Outfitters, at Sam Houston State University and Baylor University. Breanna is excited to be back on campus and working in such a wonderful department! Outside of work, she enjoys spending time with friends and family and being out on the lake.