Alley is the official tailgate area during football season. For every home game (and for specific away games) the Department of Student Activities hosts a variety of organizations and departments who “camp” out in a designated area at the North side of Bowers Stadium. These groups cook an assortment of foods, which in return is free for all those who attend Bearkat Alley with their Bearkat OneCard. Also, different giveaways are distributed throughout the season, ranging from t-shirts to spirit towels in order to boost Sam Houston pride.

If you have any questions about Bearkat Alley, please contact Steven Begnaud at stevenb@shsu.edu. 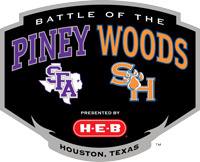