Sweat is a 2015 play by American playwright Lynn Nottage who developed the play following a series of 2011 interviews with the residents of Reading, Pennsylvania, which at the time, according to the US Census Bureau, was officially one of the poorest cities in America with a poverty rate of over 40%. Sweat, the 2017 Pulitzer Prize winning drama is coming to Sam Houston State University’s Department of Theatre and Musical Theatre February 19-22, 2020 with evening performances at 7:30 p.m. and a Saturday matinee performance at 2:00 p.m. Sweat is directed by Kevin Crouch.

The play is centered on the working class of Reading, Pennsylvania in the year 2000. A group of life-long friends decompress at the bar, a second home for everyone who works at Olstead’s steel mill. They’ve kept us this after work routine for over 20 years but when rumors of layoffs begin to stir, rifts form, chipping away at their trust. At that point, the blood, sweat and tears, not to mention the generations of loyalty these workers have shown, don’t seem to amount to much. What Nottage captures brilliantly is the way work, however hard or demanding it is, gives people a sense of identity and purpose. Sweat is a poignant play that takes a look at the de-industrial revolution as it delves into issues of the economy, immigration, race-relations in America, and politics. Nottage never tells us who’s right or who’s wrong, but always shows us who’s human.

There are only nine characters in the play, some of them peripheral, but they’re exceptionally well written. Director Kevin Crouch says of the playwright and her characters, “It’s really exciting for our students to work on a Lynn Nottage play, she’s one of only a handful of playwrights to win multiple Pulitzer Prizes and the only female playwright to ever do so. Her characters are so vivid and seamlessly woven together to tell this truly American story.”

“Empathy radiates from every word;
Nottage’s own sweat has paid off is what is emphatically one of the great American plays.”
Time Out, London

The Erica Starr Theatre is located in the University Theatre Center at 1740 Bobby K. Marks Drive and 17th street between the Newton Gresham Library and the James and Nancy Gaertner Performing Arts Center.

Charles is a senior musical theatre major from Teague, Texas. SHSU audiences may remember him as Samuel Byck in Assassins, Reverend Shaw in Footloose, Macduff in A Macbeth, an ensemble member in Smokey Joe’s Café, Dr. Chumley in Harvey, Jud Fry in Oklahoma!, Charles/Martext in As You Like It, and as Russ/Dan in Clybourne Park,. At other institutions, he has appeared as Leonato in Much Ado About Nothing. Upon graduation, Charles plans to pursue a career in acting, directing and musical theatre. 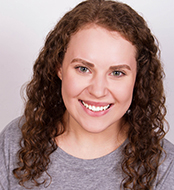 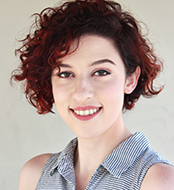 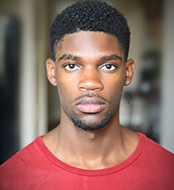 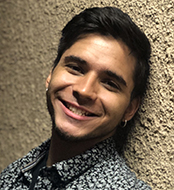 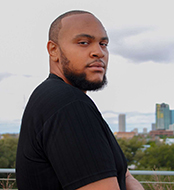