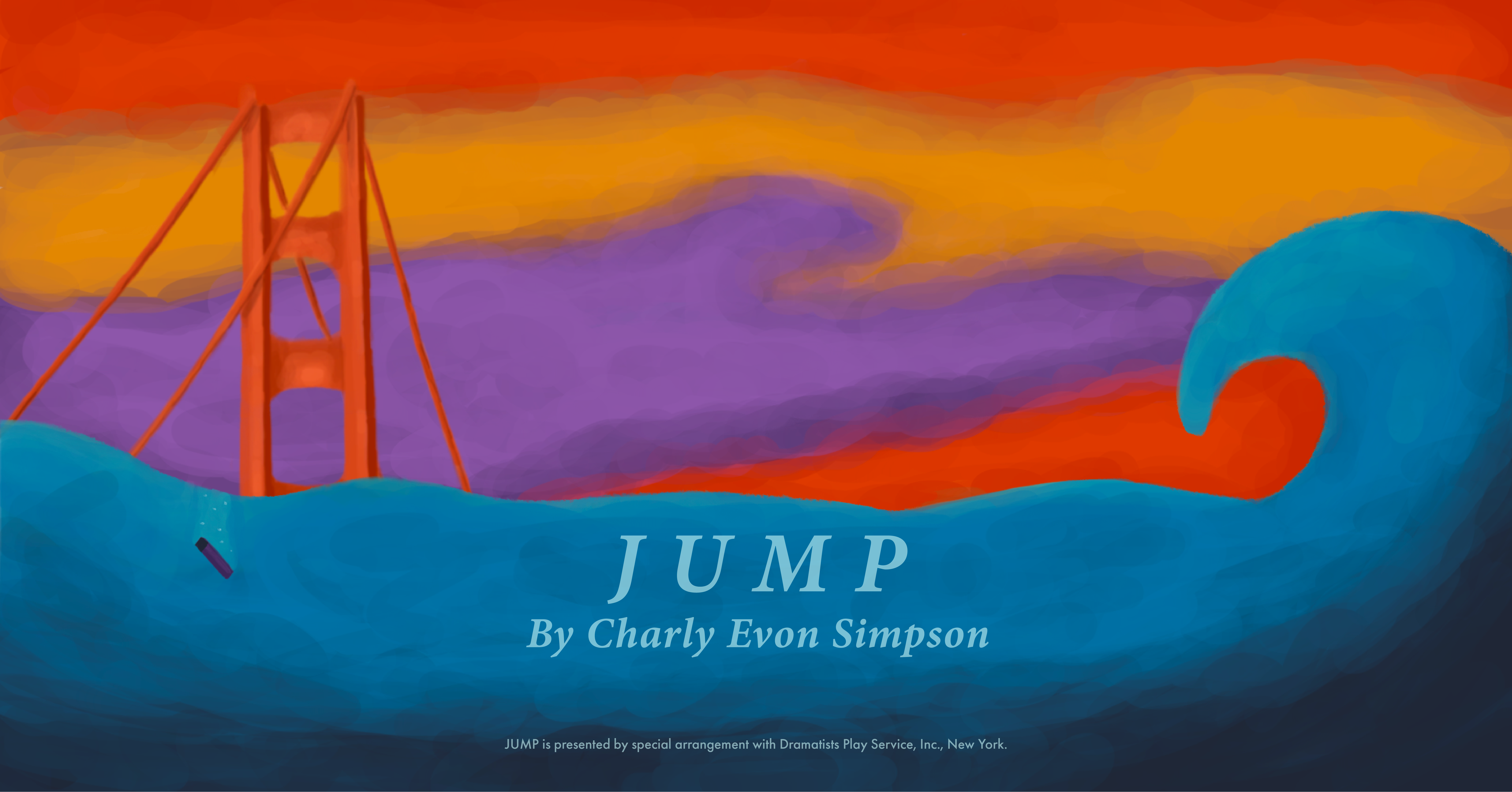 Charly Evon Simpson’s play, Jump is about flickering lights, vapes that fall from the sky, old homes, and a young woman who finds solace on a bridge. Jump is a poetic work about a young woman named Fay whose life and family are in transition but the waters beneath the surface of these characters’ lives are turbulent. Relationships shift as family members realize and express their private and often intense
thoughts. Simpson’s play was inspired by a 2003 article in the New Yorker magazine about people who have survived jumping from the Golden Gate Bridge in San Francisco. Among the details that haunted the playwright was the terrifying fact that survivors often regret their decision to jump in midair. This play reminds us that so much of our lives exists only in our imaginations. We are filling in the missing elements of incomplete narratives.

Sam Houston State University’s Department of Theatre and Musical Theatre is especially proud to produce a series of student directed shows as part of our main season. The Directors’ Debut Series is a barebones approach to theatre that allows the student to hone their directing skills by telling the story as set down by the playwright through analysis and character creation with actors. Though minimally supported in the area of technical theatre and design, these productions are beautiful, imaginative and powerful. Student director faculty advisor, Aaron Brown, Assistant Professor of Theatre says, “The Directors’ Debut Series is exciting because it allows our students the opportunity to synthesize the classroom with their personal aesthetic and artistry…tackling plays about the complications of life and love with mature and nuanced emotional honesty.” Jump is directed by senior musical theatre major, Dinah Ndu and runs Sept 21, 23, and 25. 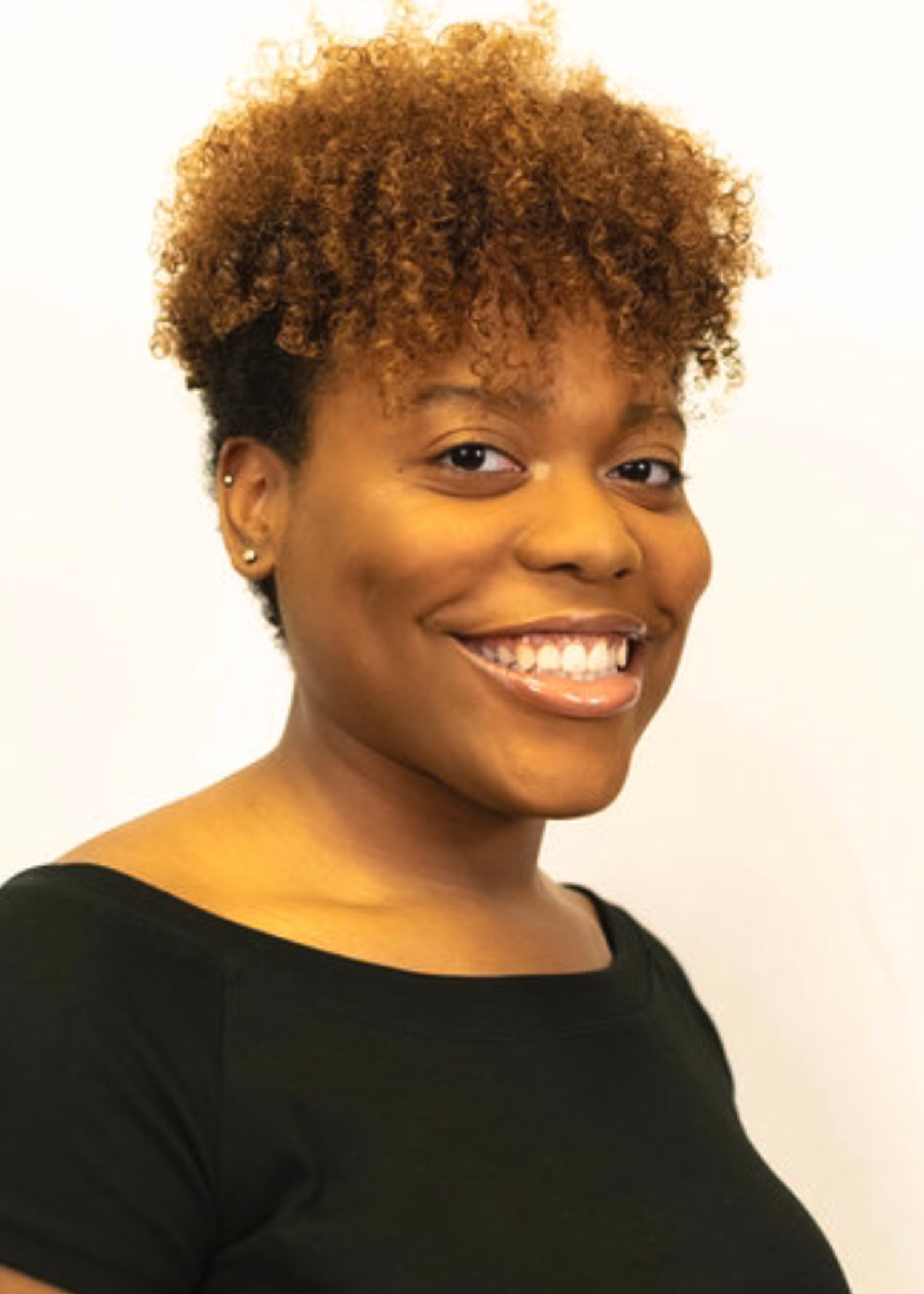 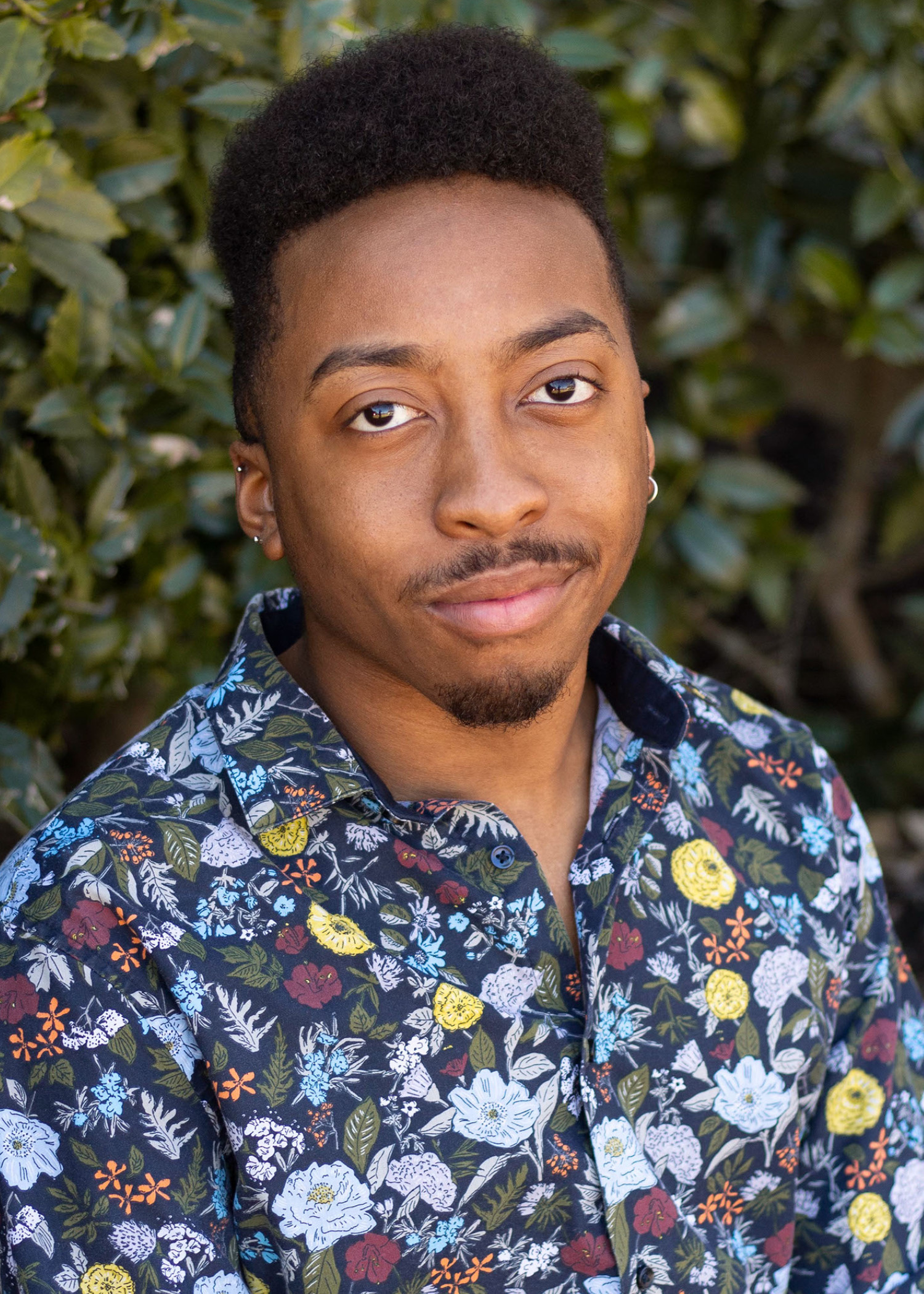 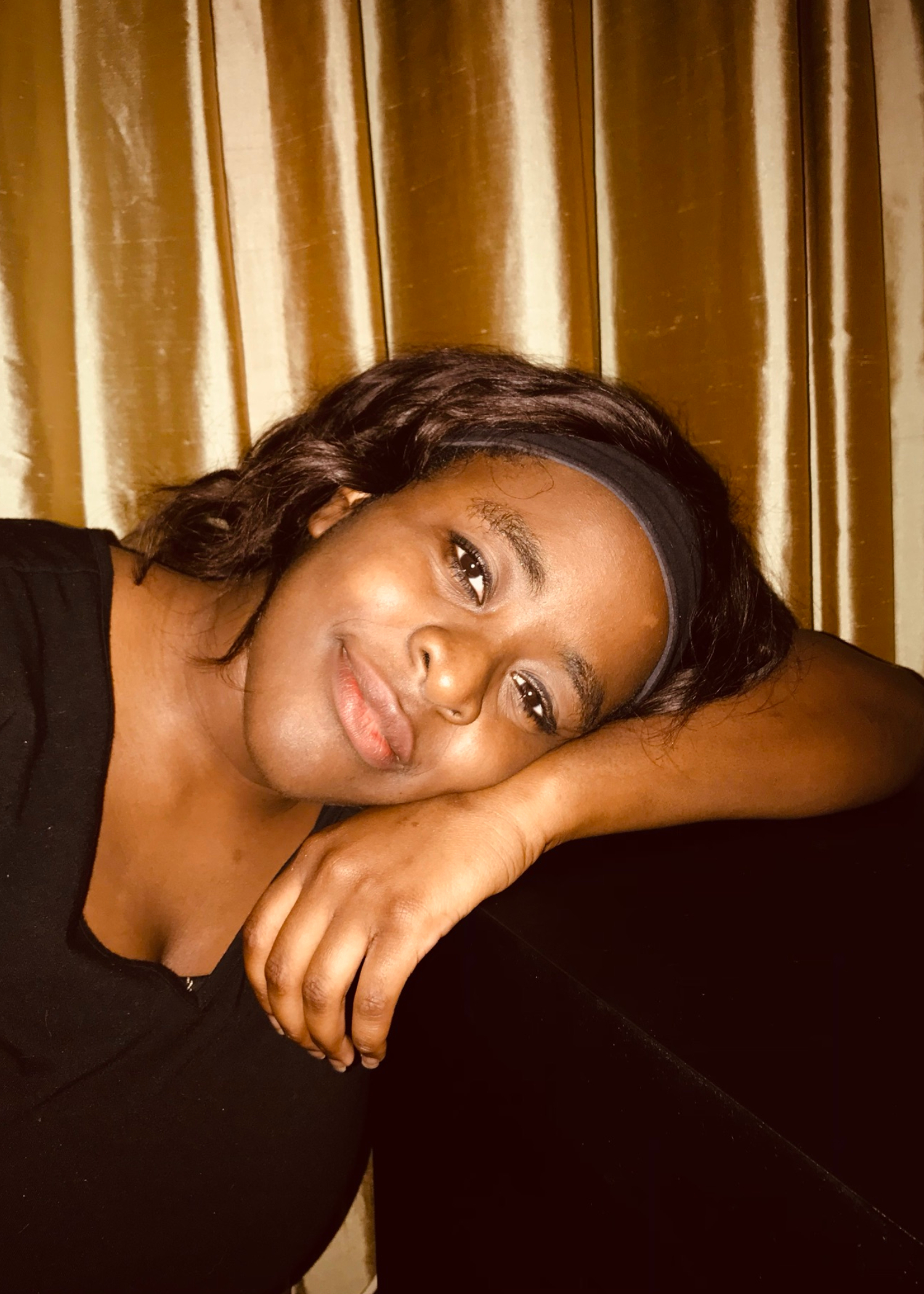 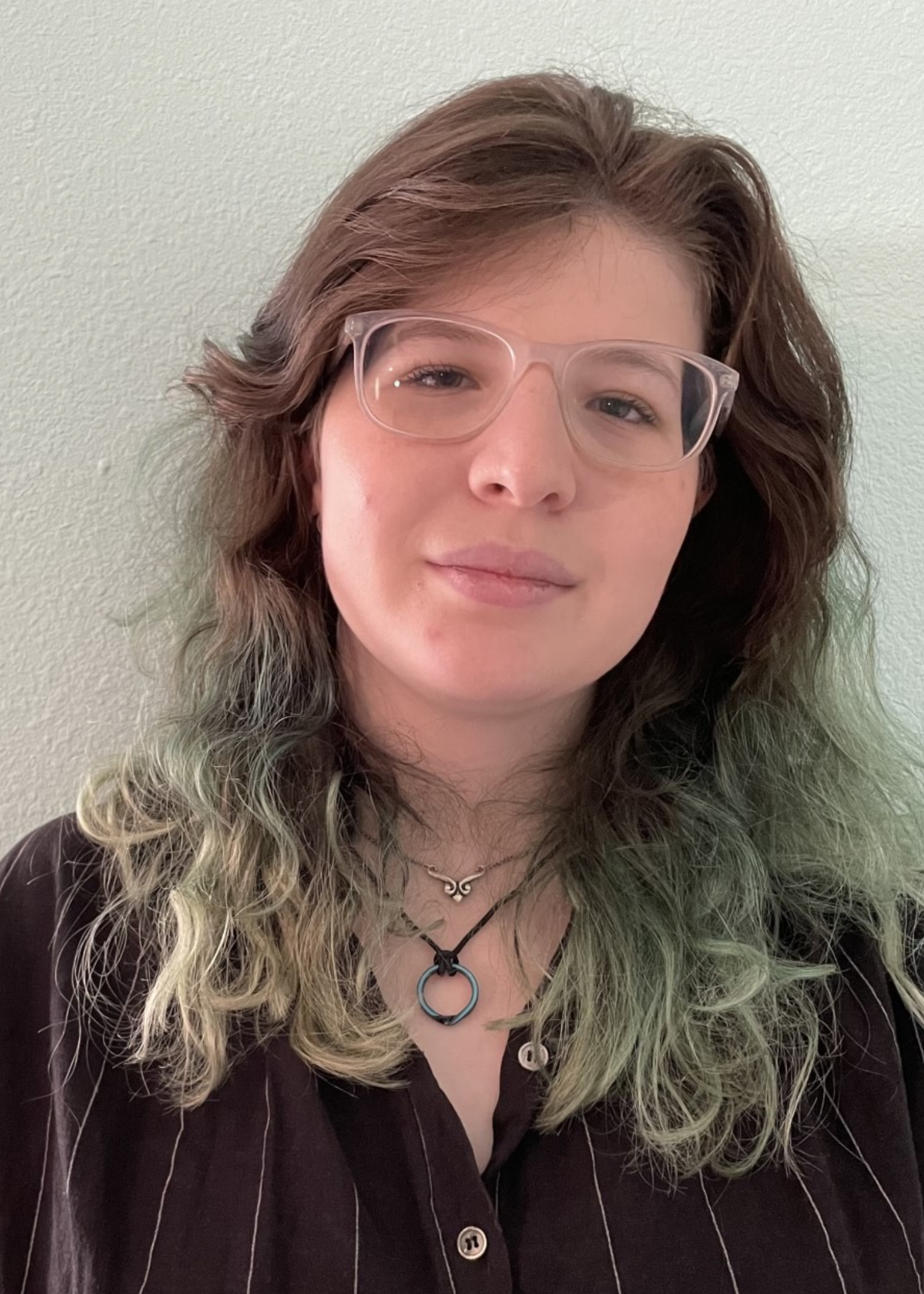 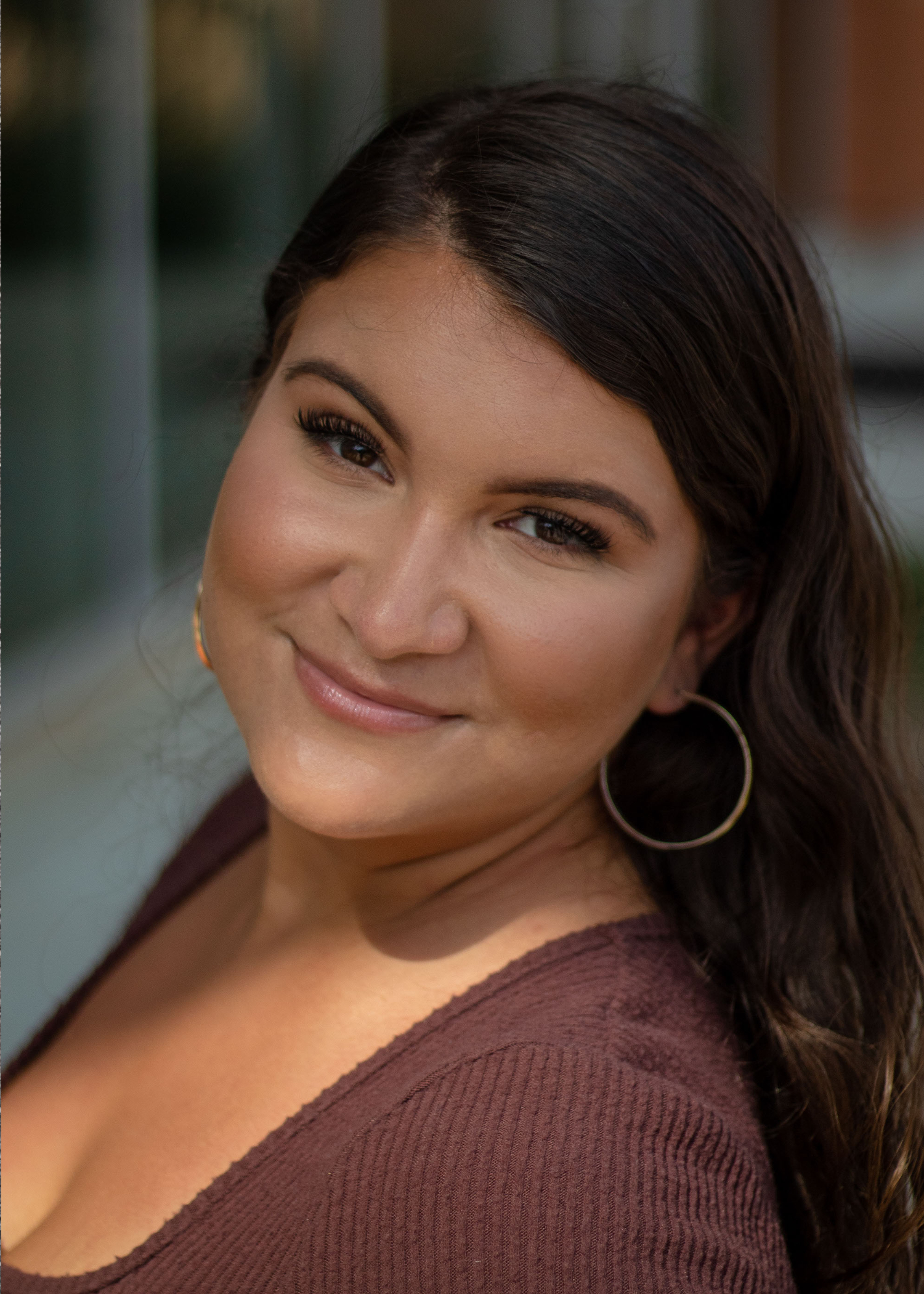 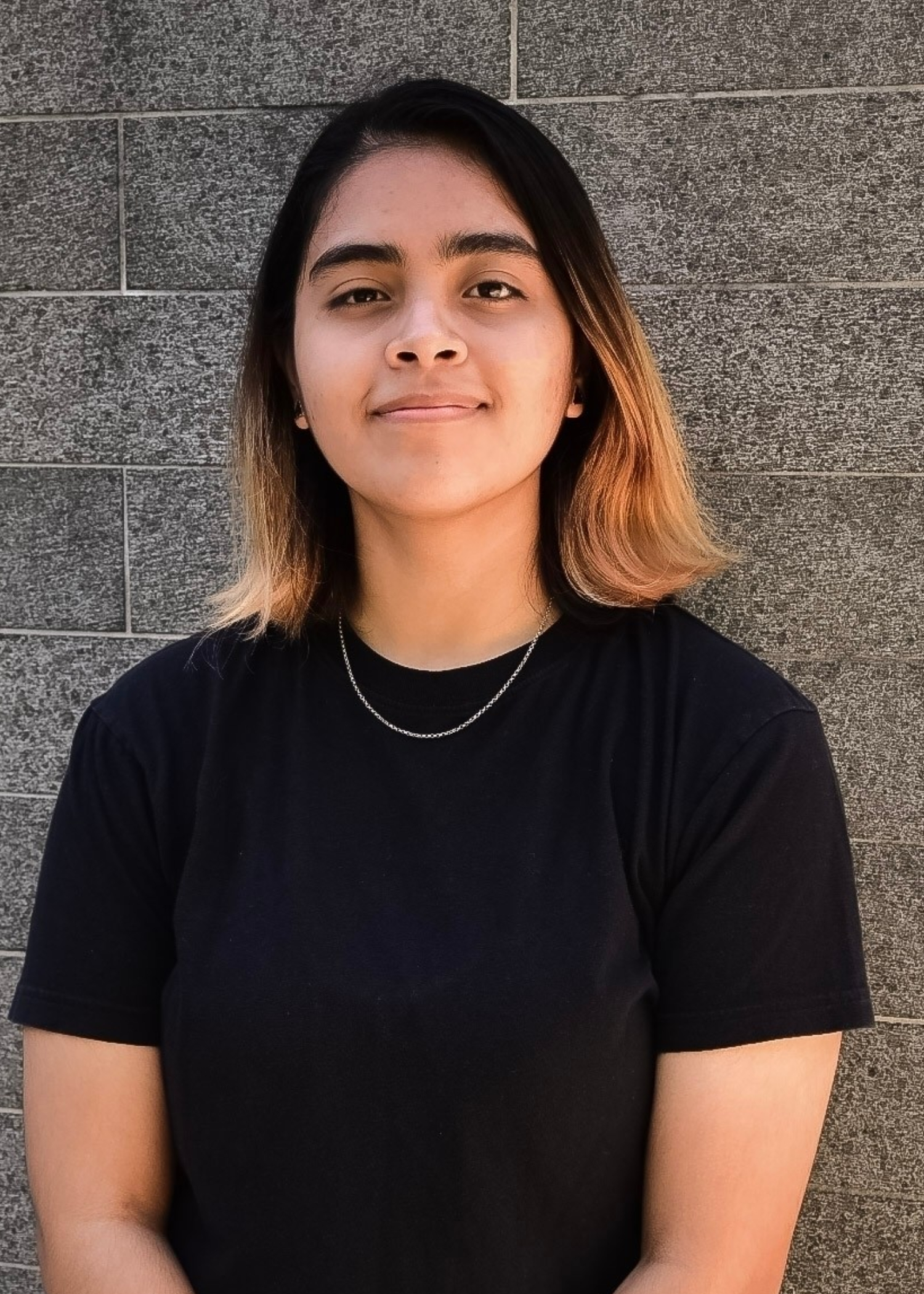 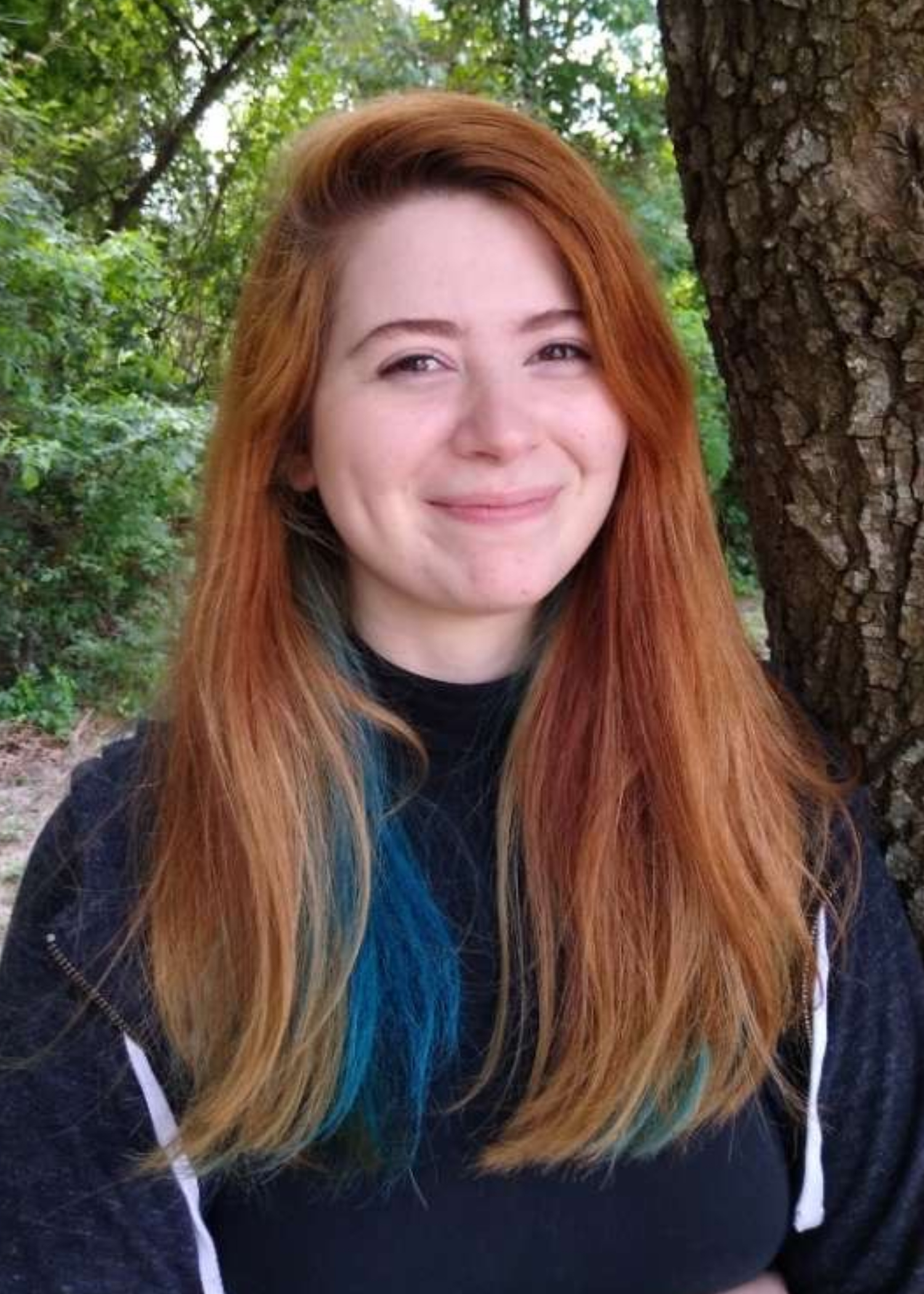 Rayevin is a junior musical theatre major from Sugarland, Texas. SHSU audiences may remember her as Papa Ge in Once On This Island and as a member of the ensemble in Sonnets for an Old Century. At other institutions, she has appeared as Juliet in Romeo & Juliet, Sebastian in The Little Mermaid, and was the assistant stage manager for Heathers. Upon graduation, Rayevin plans to pursue a career in musical theatre.

Joan is a senior theatre major from San Antonio, Texas.  SHSU audiences may remember her as the assistant stage manager for She Kills Monsters: Virtual Realms, #8 in The Wolves, and as Wendy in Dust. At other institutions, she has appeared as Titania in A Midsummer Night’s Dream. Upon graduation, Joan plans to pursue a career in directing for children’s programming.

Brandon is a junior musical theatre major from Tyler, Texas. SHSU audiences may remember him as a member of the ensemble in Once On This Island and Sonnets for an Old Century. At other institutions, he has appeared as Mouthpiece in West Side Story, JoJo in Newsies, and Rodney in        Thoroughly Modern Millie. Upon graduation, Brandon plans to pursue a career in musical theatre and screen acting.

Gabriel is a junior theatre major from Bellingham, Washington.
He attended TJC as a computer science major before changing to Theatre. He studied for a year at TJC working as a foreman in the shop while still participating in shows as an actor and as a techie. At other institutions, he has appeared as Henry in The Fantasticks and as Garcin in No Exit. After graduation Gabriel plans to attend graduate school to obtain a masters degree and pursue a career as an actor/director/playwright.

Dinah is a senior musical theatre major from Missouri City, Texas. SHSU audiences may remember her as Queen Margaret in Richard III, Farrah/Evil Gabbi/Gabbi in She Kills Monsters: Virtual Realms, Miss de Bourgh in Pride & Prejudice.  At other institutions, she has appeared as King Arthur in Spamalot, Chick Boyle in Crimes of the Heart and as Clara Brown/Detective Biederman in Ghost: The Musical.  Upon graduation, Dinah plans to pursue a career in musical theatre and directing.

Bailey is a junior theatre major from Houston, Texas. Her SHSU credits include assistant stage manager for She Kills Monsters: Virtual Realms and Once on this Island. Upon graduation, Bailey plans to pursue a career in stage management.

Abigail is a junior theatre major from Huntsville, Texas. This is her first production to participate in at SHSU. At other institutions, she has appeared as a member of the ensemble in The Laramie Project and Christmas Carol: A Radio Play, the stage manager for The Exonerated and The Merry Wives of Winsor, and the assistant stage manager for Crazytown and The Book of Will.  Upon graduation, Abigail plans to pursue a career in acting and directing.

Cristina is a sophomore theatre major from Houston, Texas. Her SHSU credits include tech run crew for Town Hall. Upon graduation, Cristina plans to pursue a career in stage management playwriting.

Gracie is a junior theatre major from Wylie, Texas. SHSU audiences may remember her work as the stage manager for Sonnets for an Old Century and the lighting designer for The Pavilion. Upon graduation, Gracie plans to pursue a career in lighting design.

christopher oscar peña is a story-teller originally from California, now residing in New York and LA.
In 2019 he co-directed the world premiere of Sean Daniels adaptation of Jack Kerouac’s “lost novel” The Haunted Life at Merrimack Rep. The production marked the first time the Kerouac Estate had ever sanctioned an official theatrical adaptation of Kerouac’s work. Most recently, as a playwright, the Clarence Brown Theatre commissioned and produced the world premiere of his play The Strangers. In New York, the Flea Theatre produced the world premiere of his play a cautionary tail.
His work has been developed by Playwrights Horizons, the Goodman Theater, Public Theater, Two River Theater, INTAR, Ontological Hysteric Incubator, Playwrights Realm, Rattlestick Playwrights Theater, Old Vic, Orchard Project, Naked Angels, and New York Theatre Workshop, among many others. This upcoming season, his play how to make an American Son will have its world premiere in a co-production between Arizona Theatre Company and Rattlestick Playwrights Theatre in New York.
A two-time Sundance Institute Theater Fellow, he has also held fellowships with the Lark Play Development Center, was a recipient of the Latino Playwrights Award, an Emerging Artist Fellow at New York Theatre Workshop, Playwrights Realm Writing Fellow, and was a part of the US/UK Exchange (Old Vic New Voices).
Recently named an Artistic Associate at Arizona Theatre Company, he’s a proud member of New Dramatists, was named one of “The 1st Annual Future Broadway Power List” by Backstage, and has been published by No Passport Press and Smith and Krauss. This year, with visionary director James Darrah and Pulitzer Prize winning composer Ellen Reid, he created and showran the Boston Lyric Opera's first ever digital opera series Desert In, by bringing together some of the countries best writers, composers and directors, to premiere in 2021. He is continuing his partnership with Darrah by creating a piece for the Los Angeles Chamber Opera this year.
In television, he was a writer on the Golden Globe nominated debut season of the CW show Jane the Virgin, and the critically acclaimed HBO show Insecure (also recurred on screen as the character Gary), as well as the Starz show Sweetbitter, and Motherland: Fort Salem on Freeform. He is currently developing an original series for Netflix.
B.A. UC Santa Barbara / M.F.A. NYU-Tisch School of the Arts

Lighting designer “In Women, Too”, Light Board Operator for “Sweat”, Assistant Stage Manager for “She Kills Monsters”

Carey is a senior theatre major from Houston, Texas. At other institutions, she has directed shows such as The Drowsy Chaperone and All My Sons. Carey plans to pursue a career in intimacy direction, directing and dramaturgy.