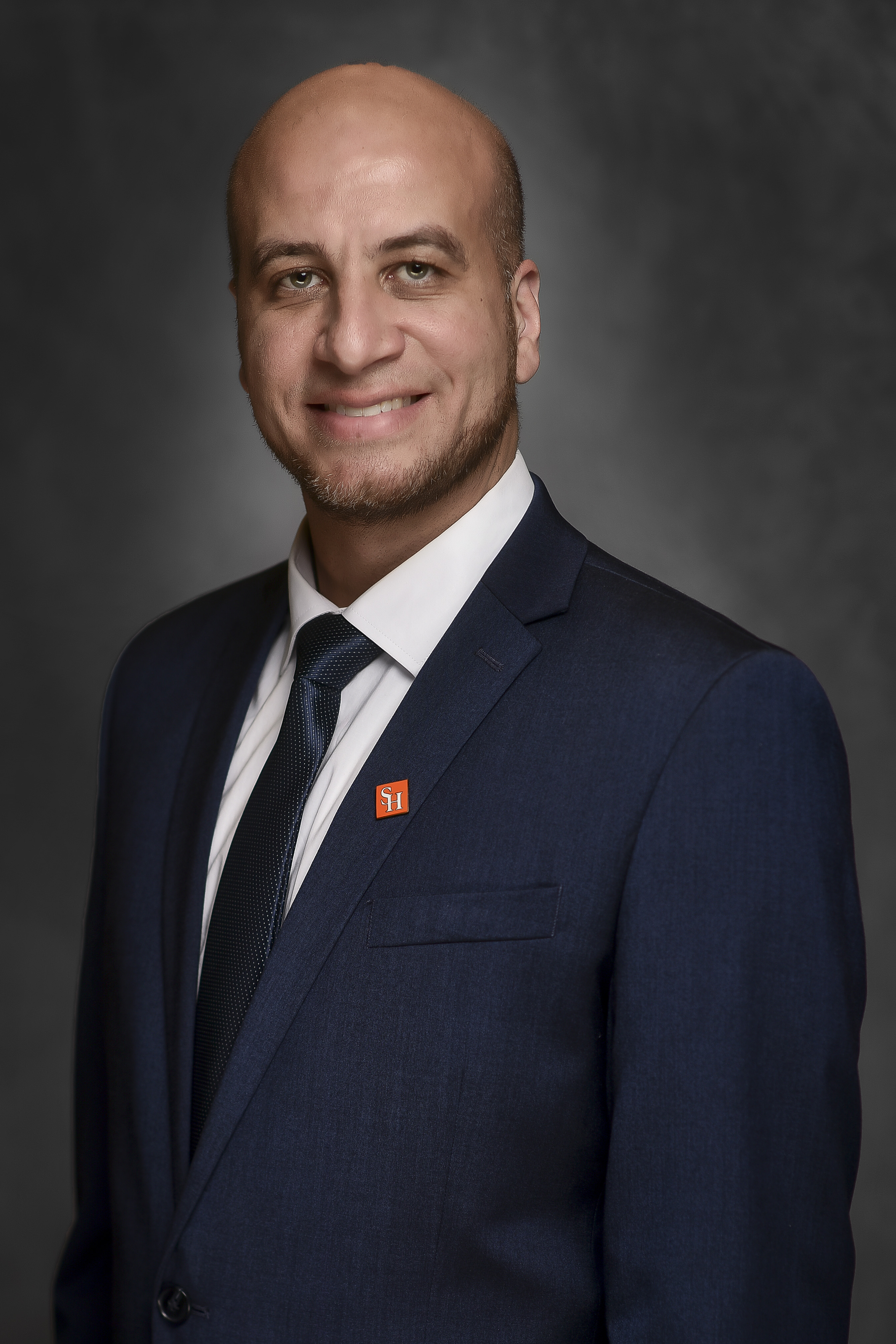 Dr. Hatem Elshabrawy, BS Pharm, Ph.D., is an assistant professor of Microbiology, Immunology & Pathology in the Department of Biochemistry, Cell Biology & Genetics at the College of Osteopathic Medicine at Sam Houston State University. Prior to joining Sam Houston State University, Dr. Elshabrawy was an assistant professor of Microbiology, Immunology, and Pharmaceutical Sciences at California Northstate University College of Pharmacy (CNU-COP). He coordinated and taught the immunology course to pharmacy students at CNU-COP and took part in teaching other courses such as pharmacology and pharmacokinetics. Dr. Elshabrawy worked for two years at CNU-COP where he was awarded “Teacher of the Year” two years in a row. In addition, during his first few months at CNU-COP, he received internal research grant funding which he used to continue his research projects and to train several pharmacy students. Dr. Elshabrawy believes that students are an integral part of the educational process. Being an expert in active learning, he develops innovative strategies to engage students and to deliver the course material in an easy and simplified manner.

In 2003, Dr. Elshabrawy received his BS in Pharmacy from Cairo University, Egypt. After earning his BS degree, he taught pharmacy students several courses such as Immunology, Virology, General and Medical Microbiology, Molecular Biology, Cell Biology, Pharmacology, and Medicinal Chemistry (2004-2008). Dr. Elshabrawy was admitted to the University of Illinois at Chicago's Ph.D. program of Microbiology and Immunology with a full scholarship in Fall 2008. He earned his Ph.D. in Microbiology and Immunology in 2012, and his Ph.D. research resulted in the development of monoclonal antibodies and small molecules as broad-spectrum therapeutics for a wide range of viral infections including SARS-CoV and Ebola virus. During his postdoctoral studies at the University of Illinois at Chicago (2015-2017), Dr. Elshabrawy studied the pathogenesis of rheumatoid arthritis (RA) and he developed a monoclonal antibody and small molecules against specific targets in RA. Dr. Elshabrawy's current research projects are investigating the role of novel receptors and cytokines in the polarization of RA macrophages into proinflammatory M1 macrophages, and the development of small molecules or monoclonal antibodies that can be used as drugs to ameliorate RA. His research efforts led to 14 original research articles, a patent, and several abstracts in international research conferences. Dr. Elshabrawy serves as an editor for Scientific Reports and other peer-reviewed journals. He is also a scientific reviewer for many peer-reviewed journals including Journal of Infectious Diseases, Journal of Leukocyte Biology, PLOS ONE, Molecular Medicine, and others.