The Sam Houston Percussion Group, under the direction of John Lane, is the premiere percussion chamber music ensemble at Sam Houston State University. Comprised of a select group of students, the ensemble is featured regularly on the SHSU Contemporary Music Festival. Dedicated to bringing about and championing new and imaginative repertoire for percussion, the Group has worked alongside and commissioned composers such as John Luther Adams, Mark Applebaum, Monica Pearce, David Adams, Wenhui Xie, Jeff Herriott, Kyle Gann and Peter Garland. Interdisciplinary collaborations have also played a key role in expanding opportunities for students to work alongside other artists including visual artists, dancers, filmmakers, and poets.

Through the Academic Community Engagement program, students actively promote the arts in the local community through performances and collaborations with organizations such as The Wynne Home Arts Center. The Group is becoming known nationally and internationally, including an recent appearances with the National Symphony of Panama, the Alfredo de Saint-Malo International Music Festival, and concerts at the National Institute of Music in Panama.

Admission to the Sam Houston Percussion Group is by audition only. 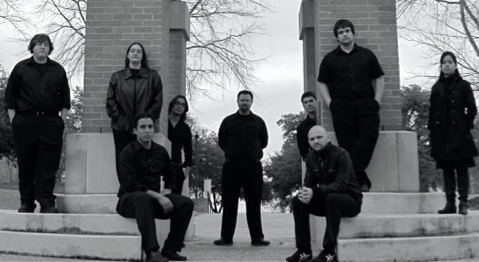 The University Percussion Ensemble performs works from the standard repertoire, as well as pop and world music selections. Membership consists of both percussion majors and non-majors.

Admission to the University Percussion Ensemble is by audition only.

The SHSU Bearkat Drumline is the heartbeat of the Sam Houston State University Bearkat Marching Band. This dynamic group is made up of majors and non-majors from across campus who want to participate in marching percussion at the highest possible level.

Auditions for the SHSU Drumline are held during the week before Summer Band. Specific information pertaining to auditions and joining the BMB can be found on the official BMB website.

All students, regardless of major or previous experience, have the opportunity to participate in the SHSU Steel Band. The Steel Band, founded by John Lane in 2006, performs a wide variety of music including traditional Caribbean styles such as the calypso and soca as well as arrangements of popular, jazz, classical, and latin styles. Because of the nature of the ensemble, participation also allows students to learn improvisation and arranging. The Steel Band also allows students to perform in a variety of settings on campus, in local schools, and in the community.

In addition to the percussion ensembles, our students also participate in the following groups: