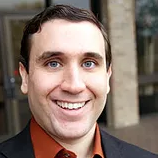 Dr. Funk is a published journalism scholar, reporter, editor, advisor and news junkie. His research focuses on podcasting, digital journalism, disinformation and partisan media. He teaches classes on podcasting, media literacy, copyediting and digital journalism. He has worked as an editor, reporter and Legislature correspondent for a variety of newsrooms across Texas. He is a Longhorn and an Eagle Scout, and a fan of barbeque, Texas politics and horror movies. He and his wife Emily have too many cats.

Dr. Funk joined Sam Houston State University in August, 2014. He earned his Ph.D. in journalism from the University of Texas at Austin School of Journalism in December, 2013. He has covered the Texas Legislature twice, for Community Impact Newspaper and The Dallas Morning News, and also worked as an editor and reporter for a variety of community newspapers, including The Elgin Courier, The Terrell Tribune and his undergraduate student newspaper, The Trinitonian, at Trinity University.

Speakman, B. and Funk, M. (2020). News, Nationalism, and Hegemony: The Formation of Consistent Issue Framing Throughout the U.S. Political Right. Mass Communication and Society, 1–26.

Ph.D in Journalism- University of Texas at Austin (2013)

MA in Journalism- University of Texas at Austin (2010)

Dr. Funk is a long-time member of the Community Journalism Interest Group of the Association for Education in Journalism and Mass Communication (AEJMC) and a member of the Radio & Audio Media Division of the Broadcast Education Association (BEA). He is also a big fan and occasional presenter at the International Symposium on Online Journalism (ISOJ) and AEJMC Midwinter conference.

*Speakman, B. & Funk, M. (2020, August). Stepping Outside of the Community Rhetoric: The Death of the Weekly Standard. Paper presented to the Magazine Division of the Association for Education in Journalism and Mass Communication annual convention held digitally. Top faculty paper award.