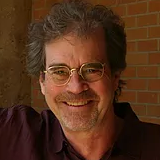 I’ve taught at SHSU for over 20 years, served as Interim Chair on several occasions and witnessed the Mass Communication Department – previously the Radio-TV-Film Department, and before that the Radio-Television Department -- evolve from the best teaching program in the region to a program that also produces first rate media research and first rate film & television projects.

Joined SHSU part-time in 1990 and have taught in the various iterations of the Radio-TV-Film, Radio-TV and Mass Communication Department every since.

“Can Free-Range Students Save Some Schools? A Case Study on a Hybrid Classroom.” In D. Sampson, J. Spector, D. Ifenthaler and P. Isaias, (Eds.) Proceedings of IADIS International Conference: Cognitive and Exploratory Learning in the Digital Age, 2013, (pp. 117-125). Fort Worth, Texas

PhD in Radio, Television, and Film- University of Texas at Austin (1988)

MA in Radio, Television, and Film- University of Texas at Austin (1983)

International Association for Development of the Information Society