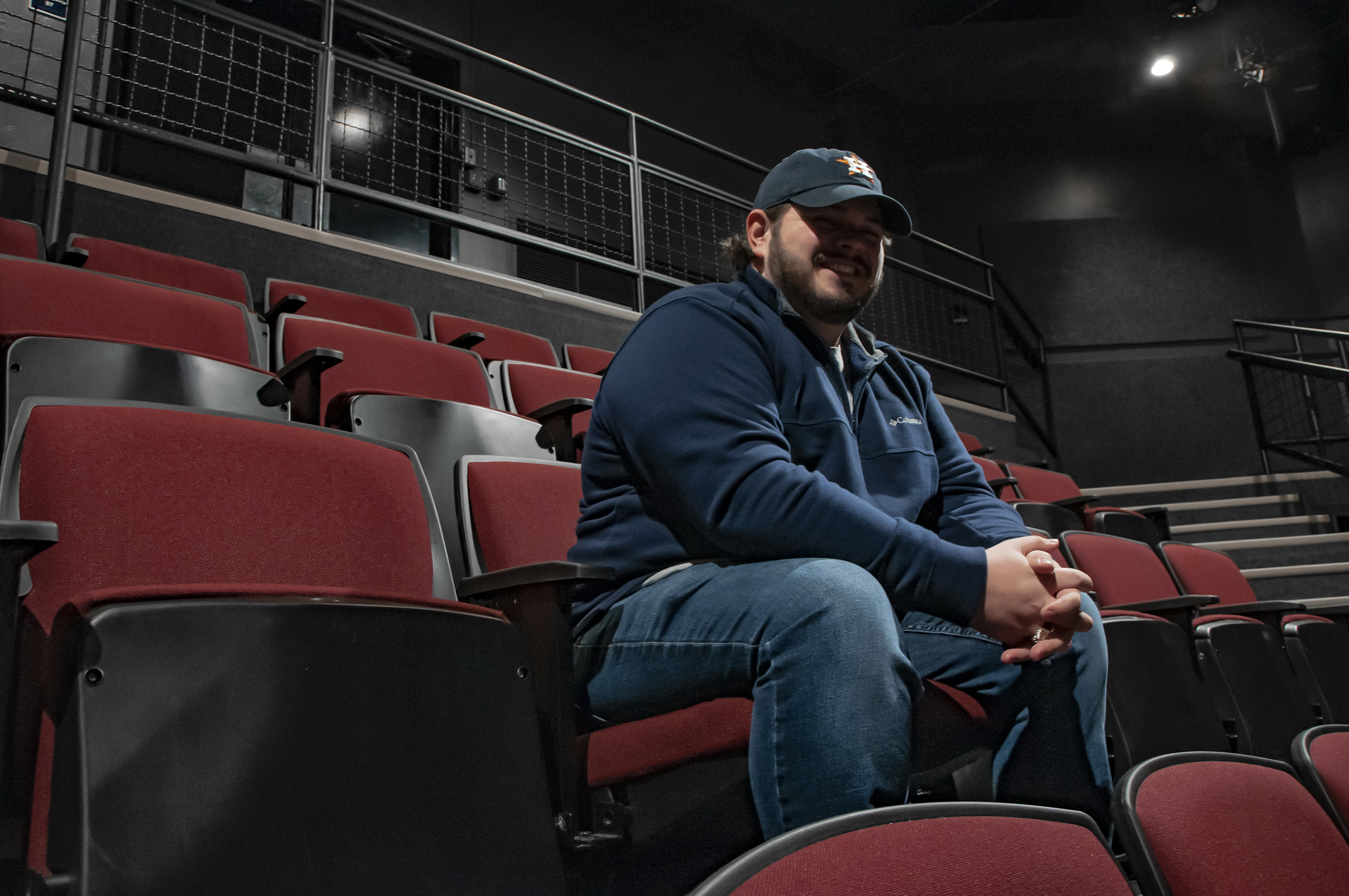 Losing a loved one can be a challenging chapter in an individual’s life. Sam Houston State University’s film major, Richard Dillon Glass has recently taken on the project of conveying these feelings of loss through his recent short film “The Burden of Choice”.

Featuring students and alumni from SHSU’s College of Fine Arts and Mass Communication, “The Burden of Choice” follows a young man who takes a dark and destructive path whilst coping with the loss of a loved one.

Glass hopes for viewers to take away an important message from this film, a sense of purpose and knowledge that all lives matter despite the amount of pain and struggles we are faced with.

“We all have a purpose in this world,” said Glass. “No amount of pain and struggles will change the fact that our lives matter, we are worth it. You might not know what it is right now or maybe you lost sight of it due to life throwing you curveball after curveball, but you always have and always will have a purpose in this world. We must choose to continue on, to fight for and seek out our purpose.”

With such an important message to convey, Glass was tasked with casting actors who could accurately portray the emotions that would embody the film.

“While going through the casting process, I focused on finding actors that genuinely portrayed the raw emotions of struggling with pain and navigating through it,” said Glass. “My goal was to build a connection between the audience and the characters, showing that we all are or have been just like them.”

The process of creating a short film can take several months. From preparing the script to scouting locations to final edits.


With such a strong message, it’s no wonder this film has received many awards and recognition:


“Looking back on the success the film has had over the last year, I can’t help but feel extremely thankful. If it wasn’t for my time at SHSU, this story and the message I wanted to share would never have happened. My professors, friends and peers all had a hand in this film; both on and off screen.

Glass released his second film “Sunrise” October 2018, which follows a man who finds love when he thinks all hope is lost. The film has recently won Best Romance at the Oniros Film Awards. His current film “Whispering Winds” is in post-production and scheduled for release this spring.

Following graduation in May 2019, Glass plans to move Los Angeles where he will begin his career in the TV and film industry.

“I want to thank my family and friends. If it wasn’t for their unwavering support I wouldn’t be in the place I am today. Their words of encouragement have pushed me to follow my passion and for that, I will always be grateful,” said Glass.

“The Burden of Choice” can be streamed on Amazon Prime.

The College of Arts & Media