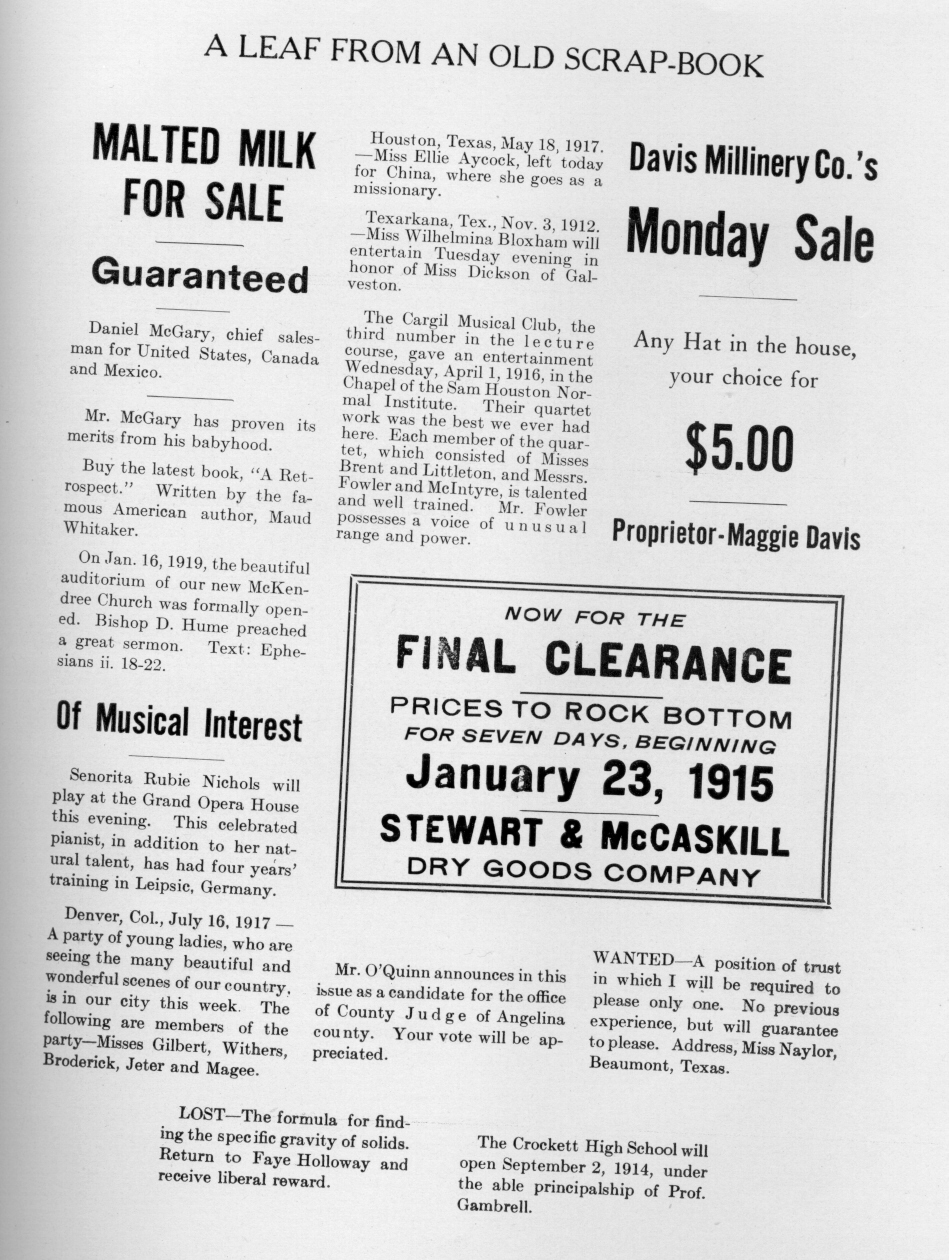 The insignia of Sam Houston State in 1911. 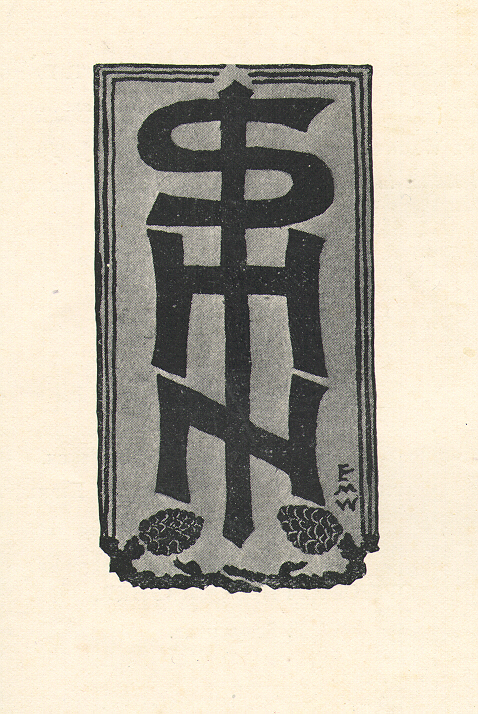 The Managing Board during 1911. 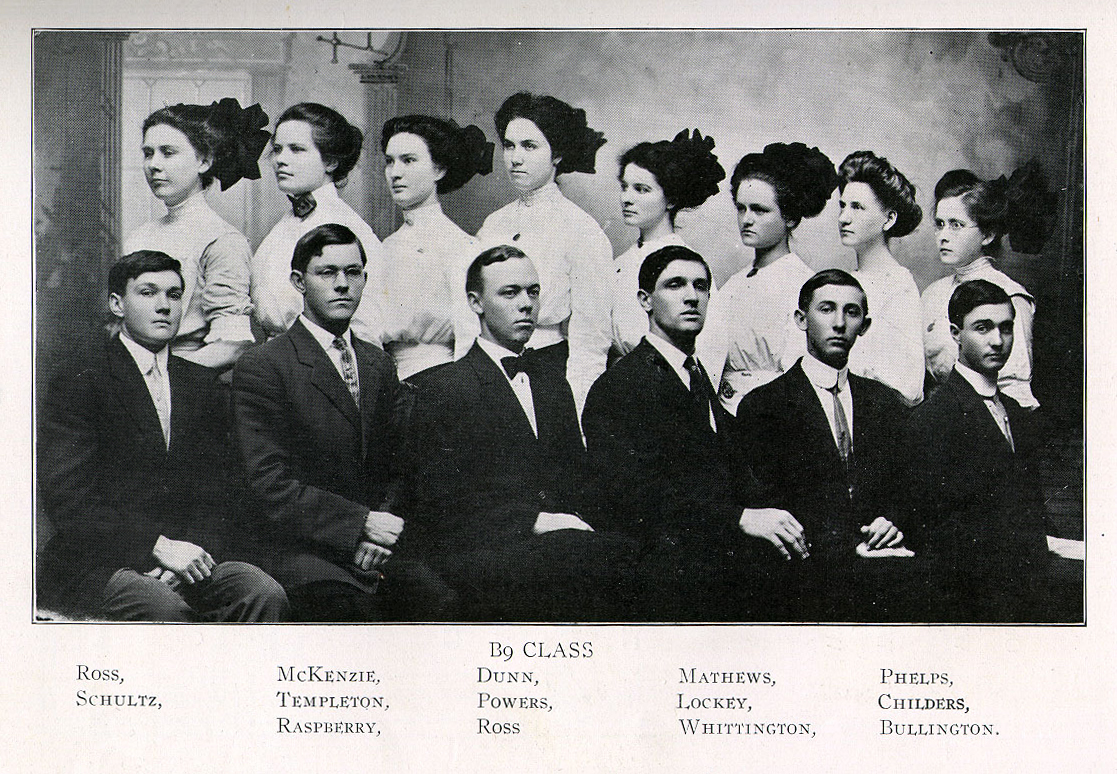 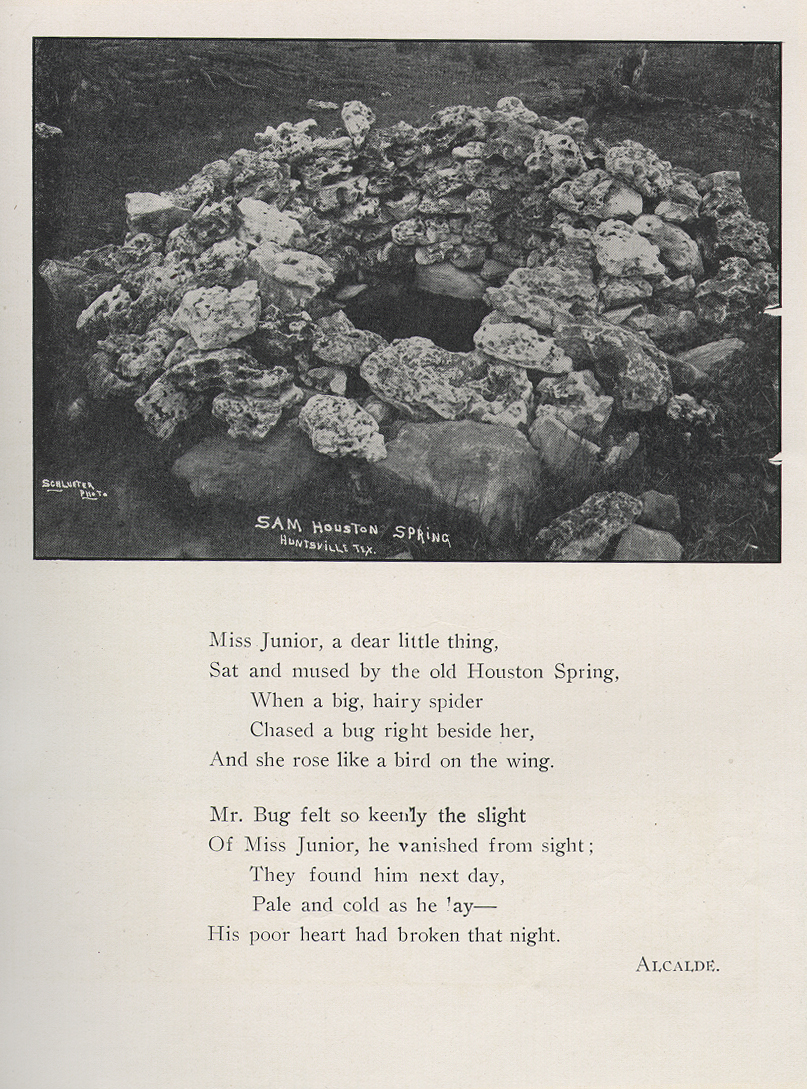 A picture of the Rooter's club in 1911. They were the first group to publicly pick on other teams. They did college yells in the middle of the night. Mostly they were the school spirt boosters. 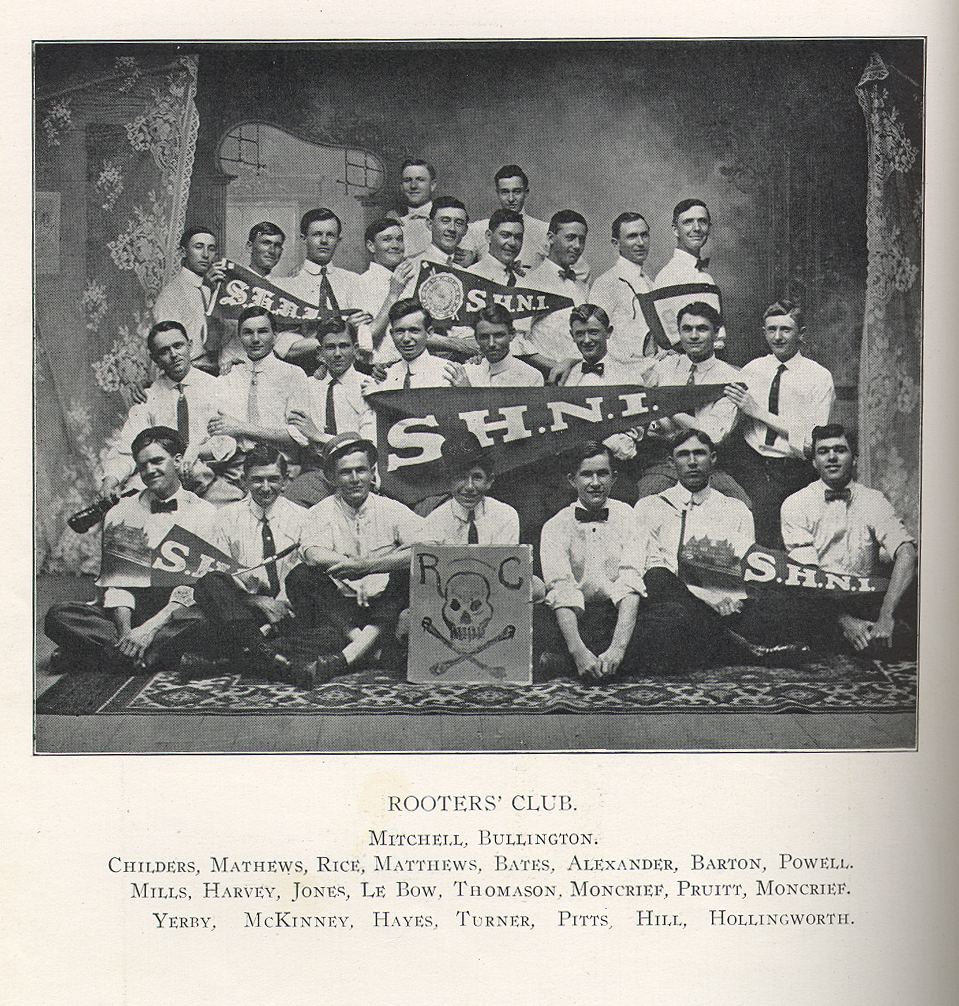 The president's home, built in 1912, was last occupied by president Harmon Lowman, and was used after 1963 as a demonstration house for students in home economics. 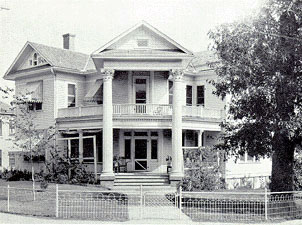 Teachers-to-be "Modern Farming" in 1913. Their vegetable plots were located on the present site of Sam Houston Park. Old Main can be seen at top, center. 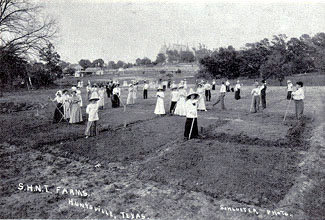 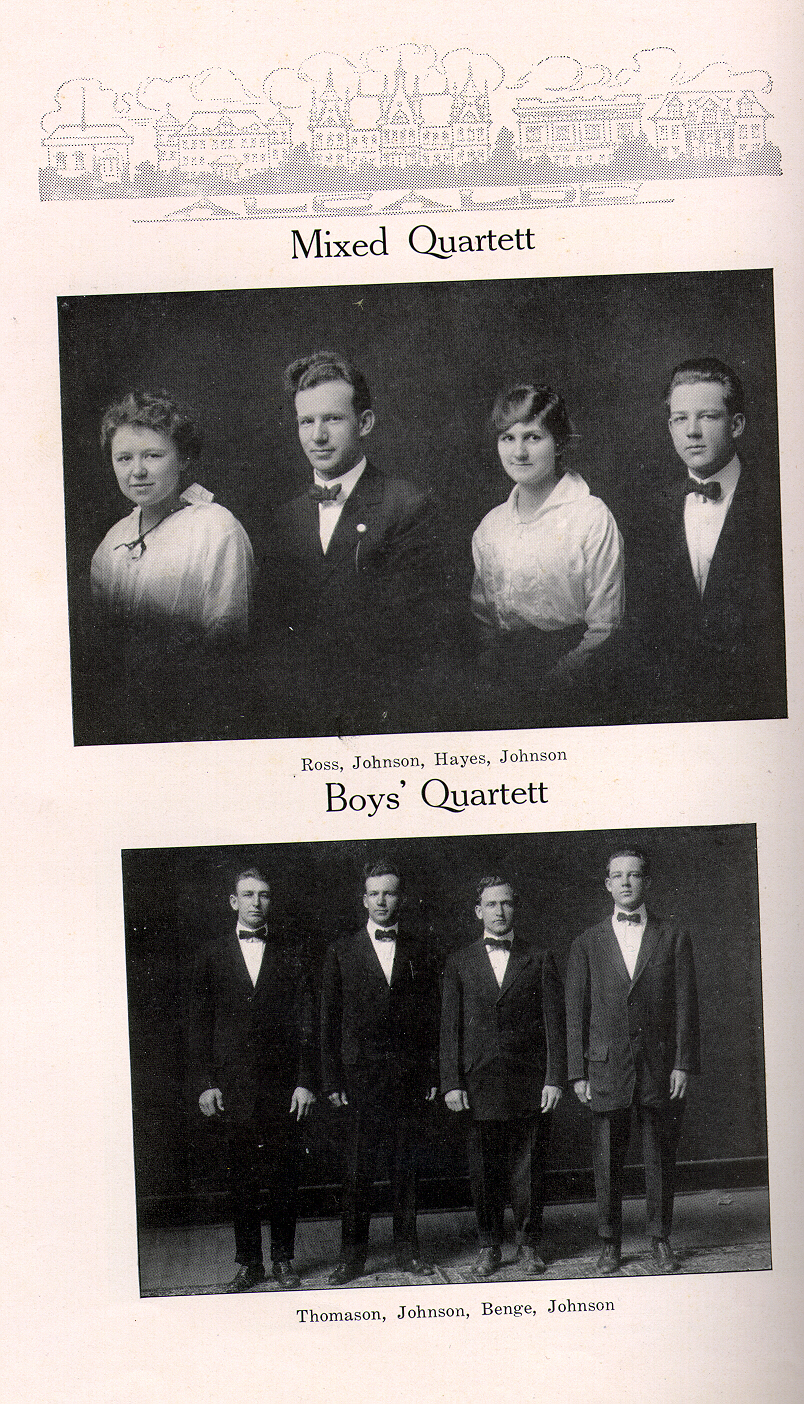 Agricultural education was practical at "The Normal" in 1916. In this photo, students load hay in the area of Sam Houston's home. 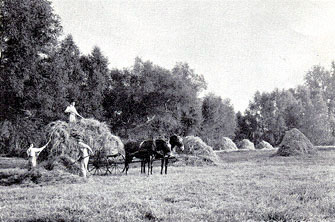 Coach E.R Berry led this group of athletes in the basketball season of 1917. 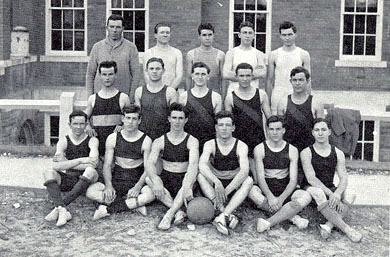 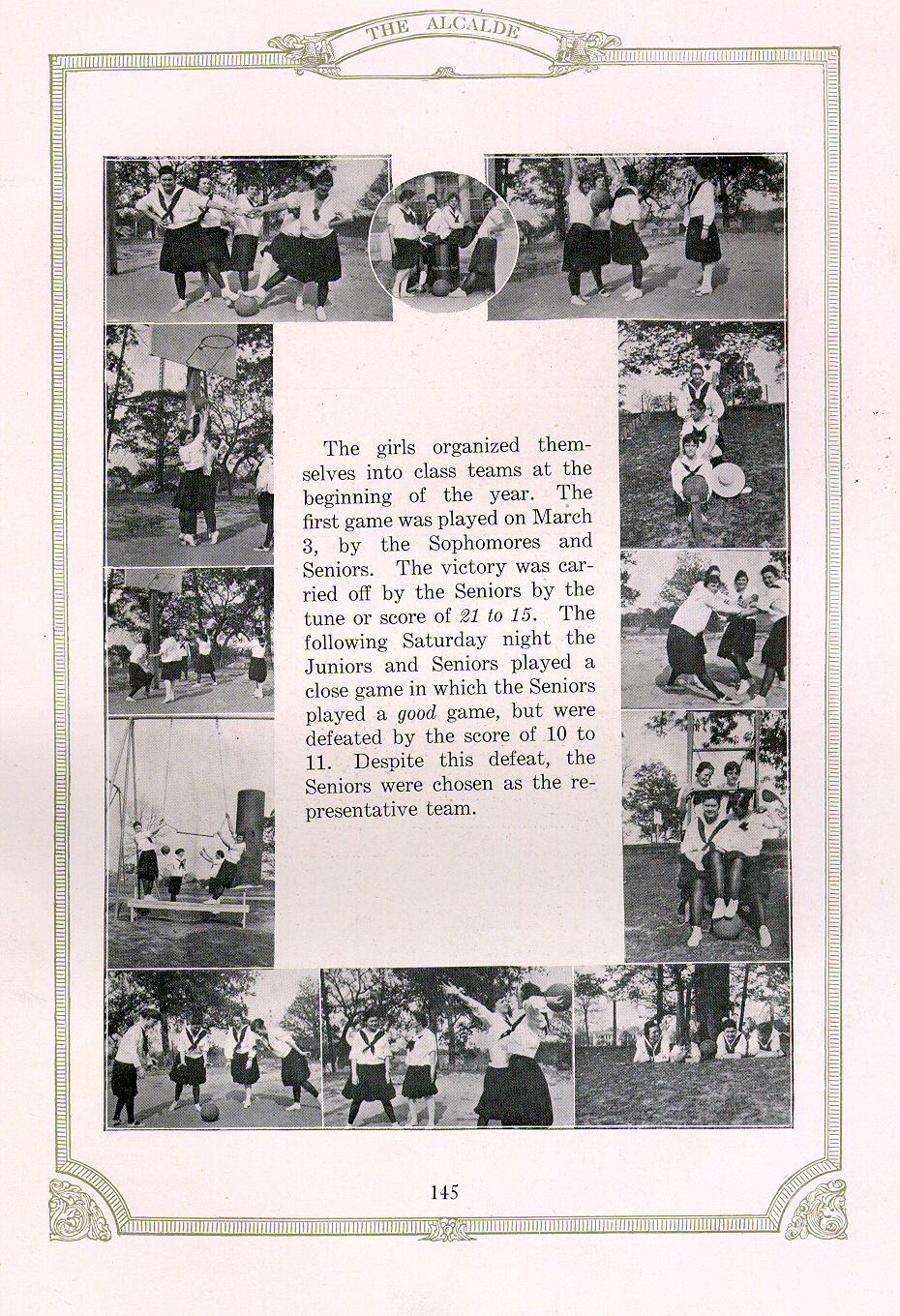 The Entrance to the Science Building 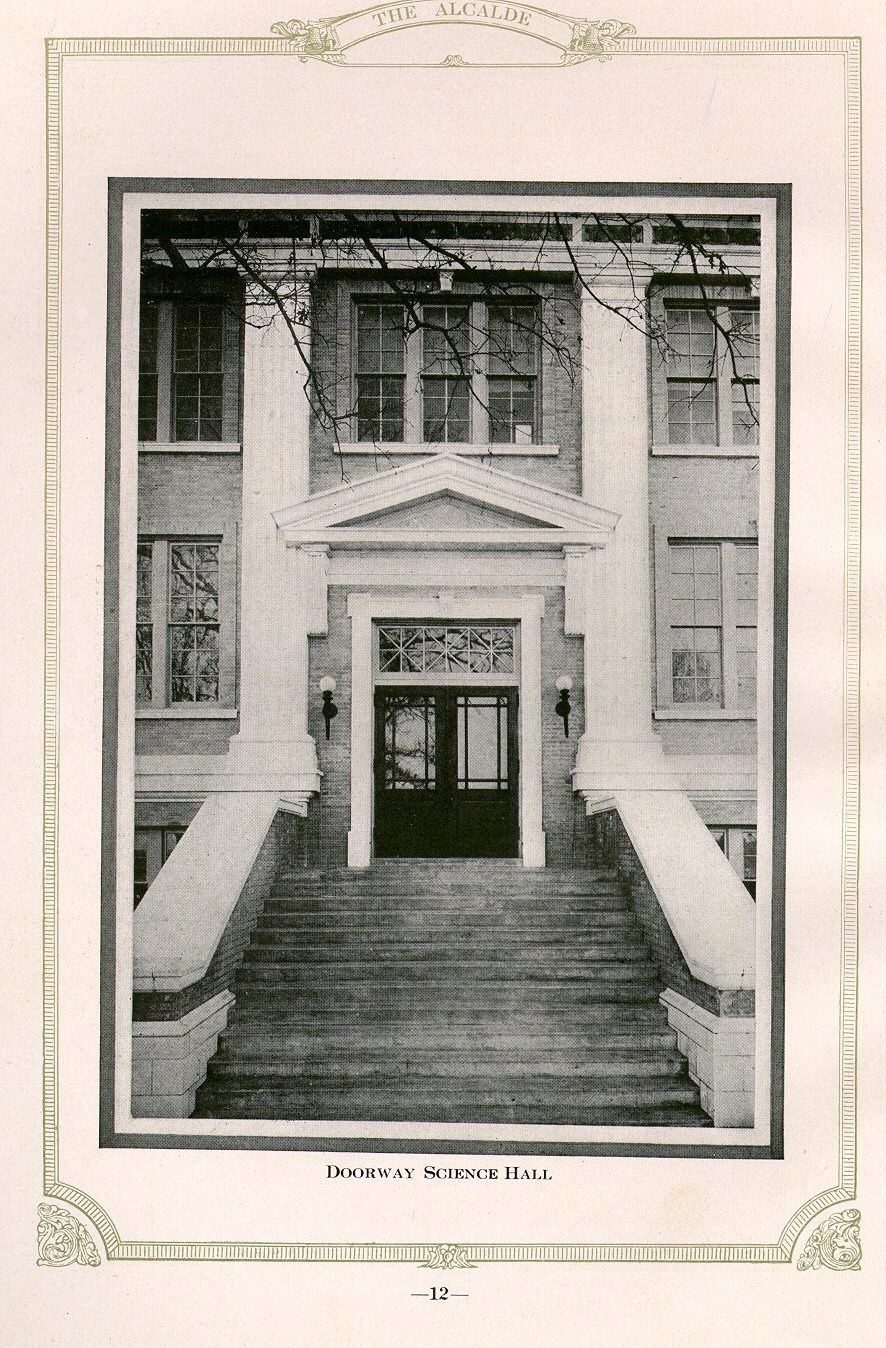 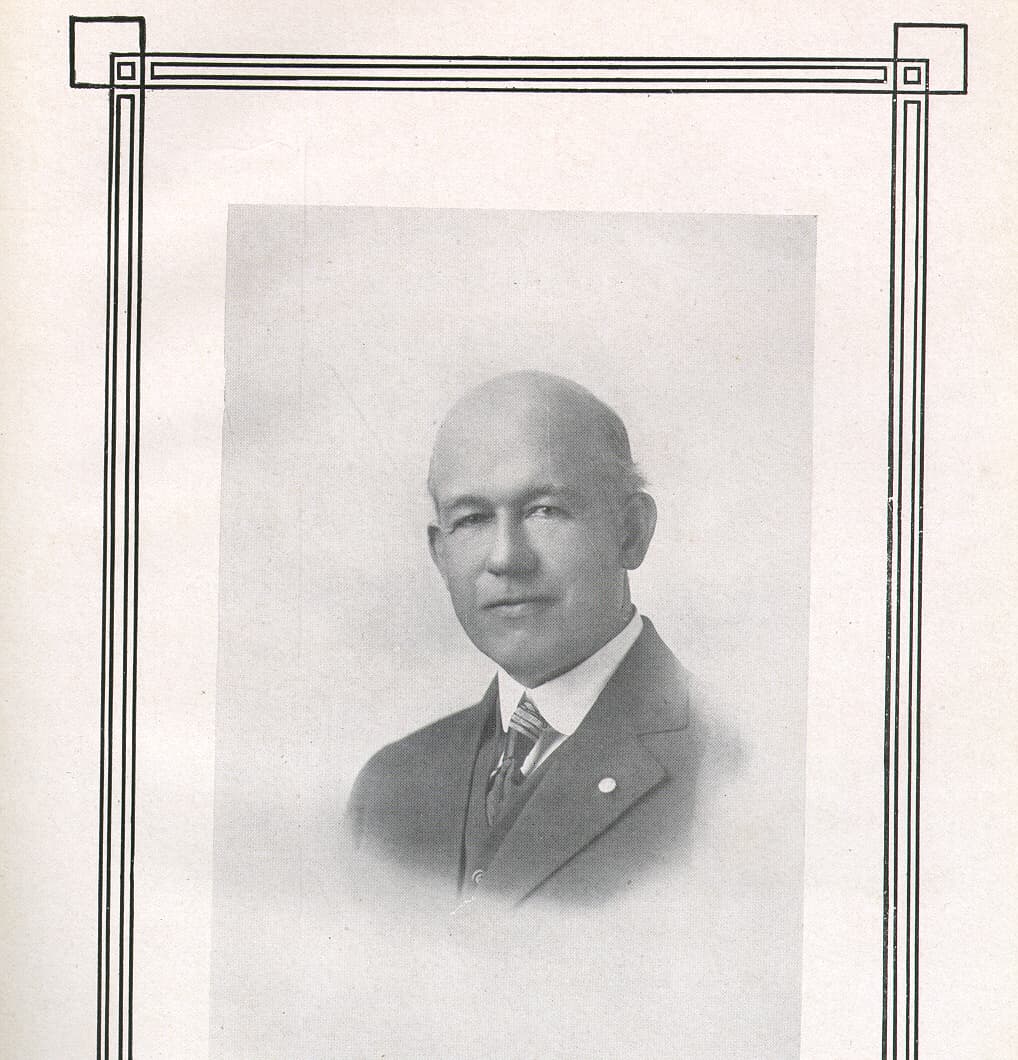 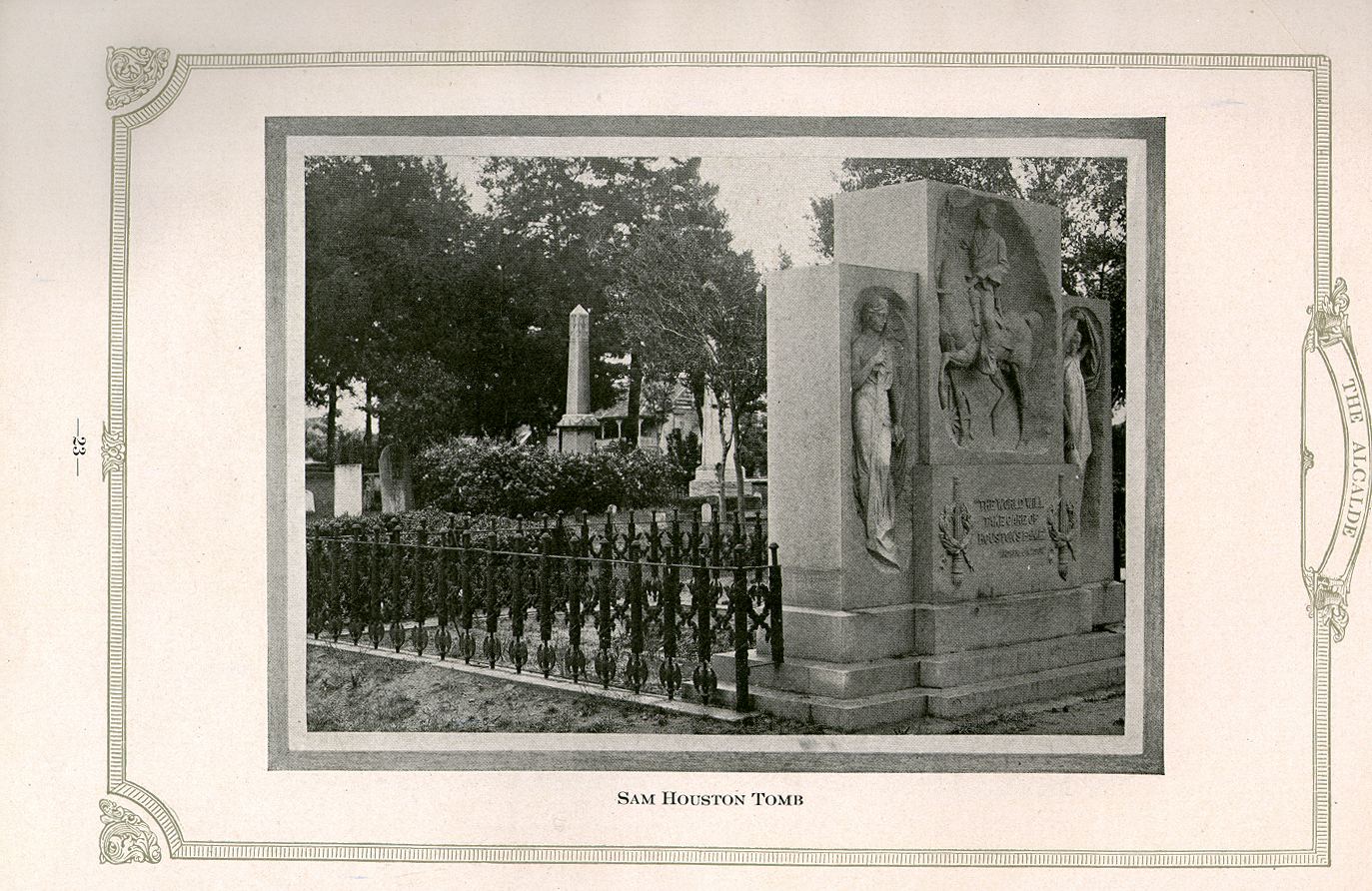 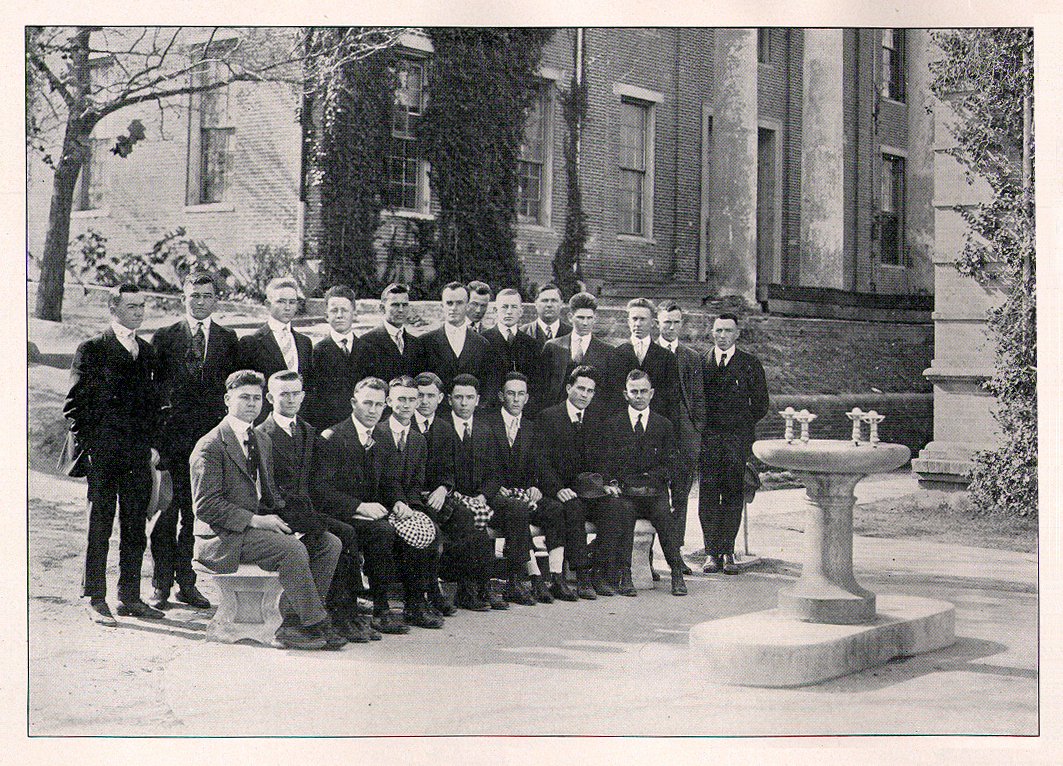 The Sam Houston football team posed for this photo with Coach Berry before a game in 1919. 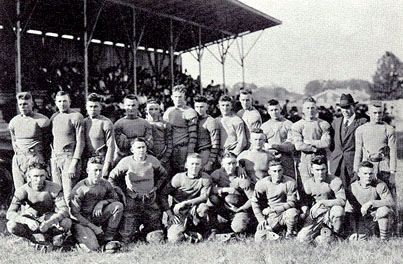