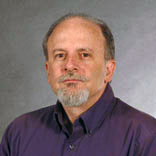 Dr. Mitchel Roth joined the faculty in 1995. His areas of interest include terrorism, organized crime, comparative policing, history of criminal justice and related issues. He has written 14 books on the history of criminal justice, the history of the Houston Police Department, the Texas Department of Public Safety and Sam Houston State University's College of Criminal Justice; war journalism; organized crime, prison history; and the American West. Roth has appeared or been featured on CNN, FOX, local televisions stations, and the PBS series on organized crime, Lords of the Mafia. In April 2006 he was one of featured experts on PBS's History Channel program on the 10 Commandments, where he discussed the criminal justice related commandments from an historical perspective. Dr. Roth was Selected Fellow by Freedom for Defense of Democracies, Counter-Terrorism study in Tel Aviv in 2008. He served as the Secretary-Treasurer of the International Association for the Study of Organized Crime from 1999-2001.