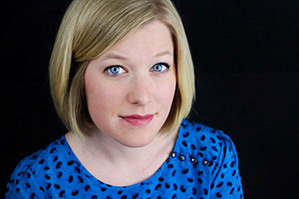 Shelby Bray graduated with her BFA in Musical Theatre in the fall of 2013. In the summer of 2014, she made her professional debut starring in Cassandra at Mildred’s Umbrella Theatre Company in Houston, Texas. Most recently she was cast in Panto Snow Queen: Unfrozen at Stages. Other credits include Vanities (Theatre Lab Houston), Panto Rapunzel and The Zombies as the Goose.