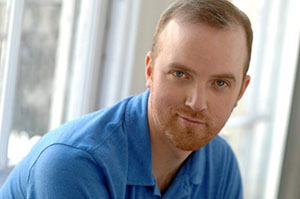 In 2008, Kevin received his MFA in Acting from NYU. Most recently Kevin has appeared in Clybourne Park at Dorset Theatre Festival. He has also appeared in His Girl Friday as Bruce Baldwin at Connecticut Repertory Theatre. Kevin’s other stage credits include Two Gentlemen of Verona at The Lake Tahoe Shakespeare Festival, The Seagull, A Midsummer Night’s Dream, Othello, Twelfth Night, The Comedy of Errors, A Christmas Carol. The Mystery of Edwin Drood, and An Ideal Husband at Great Lakes Theatre Festival and Idaho Shakespeare Festival. Kevin is currently a lecturer of theatre at Sam Houston State University.