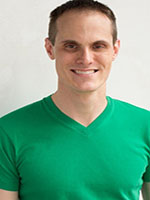 Since graduation Jason has been living in New York working on stage and film. Jason has also been working as a stand-up comedian. He has performed his comedy routine at Venues such as Carolines Comedy Club, Ha! Comedy Club, Therapy Lounge, Time Sq. Arts Center, The Magnet Theatre, and The People’s Improv. Jason is a proud member of SAG-AFTRA. Some of his TV/Film credits include: Celebrity Ghost Stories, Lights Out, The Message.