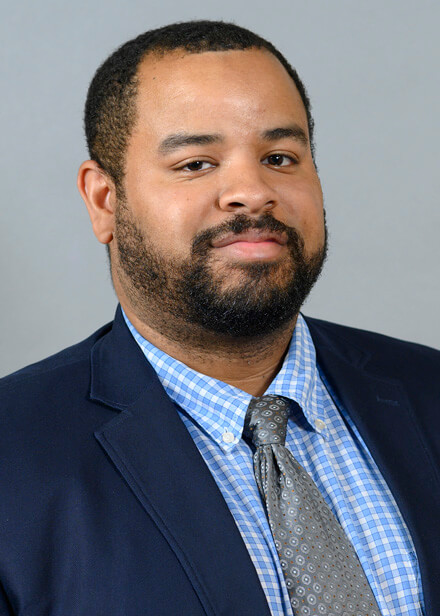 Richard O’Neal, MS, Director of Clinical Education in the College of Osteopathic Medicine, is an SHSU alumni, receiving his BA in Journalism-Public Relations from the university. He completed his MS in Leadership Studies from Duquesne University in Pittsburgh, PA.

Richard has worked as a coordinator, assistant director, program director and director within all four years of Undergraduate Medical Education at four different medical schools – University of Texas Health Science Center – Houston, University of Central Florida College of Medicine in Orlando, FL, Cooper Medical School of Rowan University in Camden, NJ and New York Institute of Technology College of Osteopathic Medicine at Arkansas State University in Jonesboro, AR. Of the four medical schools, Richard has helped establish full accreditation at three working with the Liaison Committee on Medical Education (LCME) and the Commission on Osteopathic College Accreditation (COCA). His most recent role was serving as the inaugural Director of Clinical Education and Rural Medicine Advisor at NYITCOM at Arkansas State and launching rotations at clinical sites in four different states. He has maintained strong involvement with the Association of American Medical Colleges (AAMC), American Association of Colleges of Osteopathic Medicine (AACOM) and the National Rural Health Association (NRHA).

In his current role, Richard will oversee all third and fourth year clinical rotations and sites at the College of Osteopathic Medicine, as well as integration of early clinical exposure in the first and second years. He is honored to be back at SHSU and looks forward to creating history throughout Southeast Texas promoting Osteopathic Medicine and serving the underserved communities.

In having the privilege of learning and working at four medical schools, Richard sees coming back to the SHSU community as the perfect opportunity provide expertise, play a major role in establishing the proposed medical school and alleviating the physician shortage in the state of Texas. As a former student of SHSU, “bridging the gaps in healthcare within this region is personal to me.”

Richard has received the following awards and honors:

“Medical Education Staff Member of the Year “at CMSRU