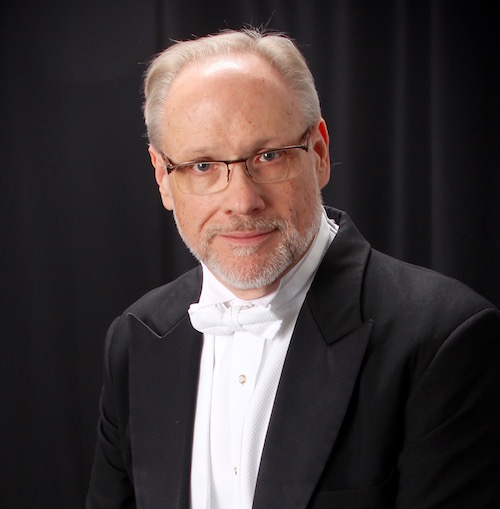 Matthew Mcinturf is Professor of Music, Director of Bands and Director of the Center for Music Education at Sam Houston State University in Huntsville, Texas. He previously taught at Florida International University and in the public schools of Richardson, Texas.

Throughout his career, Dr. McInturf's ensembles have been recognized for their musical accomplishment. He has performed throughout the United States and recordings of his performances have been broadcast on National Public Radio. In 1991, conducting the J. J. Pearce High School Band, he performed an acclaimed concert at the Mid-West clinic, with trombone soloist Christian Lindberg. He has performed at the Texas Music Educators Association Convention in San Antonio, TX and at the Southwest Regional Convention of the College Band Directors National Association with the SHSU Wind Ensemble.

An advocate of new music, Dr. McInturf has continued to commission new works for wind ensemble. He is a member of the Board of Directors of the World-Wide Concurrent Premiers and Commissioning Fund, Inc., a non-profit corporation that works internationally to form consortiums to commission significant new works from contemporary composers. Dr. McInturf has served on the National Commissioning Committee of the College Band Directors National Association and the Commissioning Committee of the American Bandmasters Association.

Dr. McInturf has an ongoing commitment to music education and frequently serves as a presenter for teacher in-service and as a convention speaker. He frequently serves as a guest lecturer at universities in music education and as a consultant to public schools. In his role as the Director of the SHSU Center for Music Education, he coordinates a program of performance based pedagogy workshops that offer valuable tools for practicing teachers and is the Managing Editor for Praxis, the online journal of the Center for Music Education. He has served on the College Band Directors National Association Music Education Task Force and is a member of the Board of Advisors for the American Band College.