Diploma, International Course for Students of Spanish, University of Navarre, 1989

My interests lie in modern intellectual and economic history—where the two intersect. In my classes and in my research and writing, I look at the “oscillations” of the 20th century—intense bouts of disorder and mayhem that often stand side-by-side, or give way to, incredible stretches of mass prosperity. Think the era of the Great Depression/World War II straddled by the Roaring 1920s and then the booming ’50s and ’60s. I teach History 3369 The World in the 20th Century; History 3338 Economic History; and undergraduate and graduate research seminars in intellectual and economic history.

I have published four books. The first, Econoclasts (2009), is a history of supply-side economics, the movement that gave us the Ronald Reagan revolution in economic policy in the 1980s. In fact, the founder of this movement, the economist Robert A. Mundell (who won the 1999 Nobel Prize in economics) gave me the word “oscillations” to describe the weirdness of the 20th century. My second book, The Pillars of Reaganomics (2014), is a collection of the work of economist Arthur Laffer, author of the most famous economics graph of the 20th century, the Laffer curve. And in 2016, there was JFK and the Reagan Revolution, a book about the Kennedy tax cut and economic policy (I wrote it with CNBC anchor and former Reagan advisor Larry Kudlow); Laffer Associates: Oil and Energy, a digest of supply-side writing on the energy markets since 1980; and a Chinese translation of Econoclasts.

In 2015-16 I was on leave at the University Colorado Boulder, where everyone was happy to hear about how flourishing the study of history is here at Sam.

Editor, The Pillars of Reaganomics: A Generation of Wisdom from Arthur Laffer and the Supply-Side Revolutionaries (Pacific Research Institute, 2014)

With Lawrence Kudlow, JFK and the Reagan Revolution: A Secret History of American Prosperity (Portfolio Penguin, 2016)

One of my favorite pieces of my own writing is a book review concerning the monetary scholar Jacques Rueff, called “A Civilized Relic,” and found here: http://eh.net/book_reviews/the-monetary-conservative-jacques-rueff-and-twentieth-century-free-market-thought/

I write a periodic column on history and economics, called “Past & Present,” on Forbes.com, at www.forbes.com/sites/briandomitrovic/ 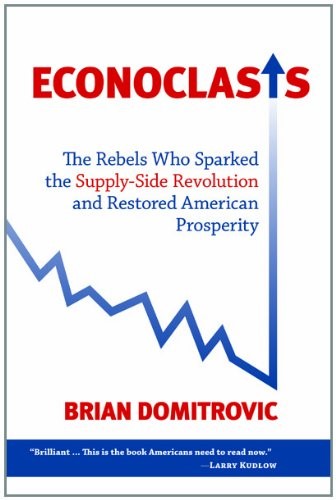 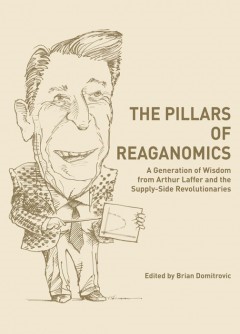